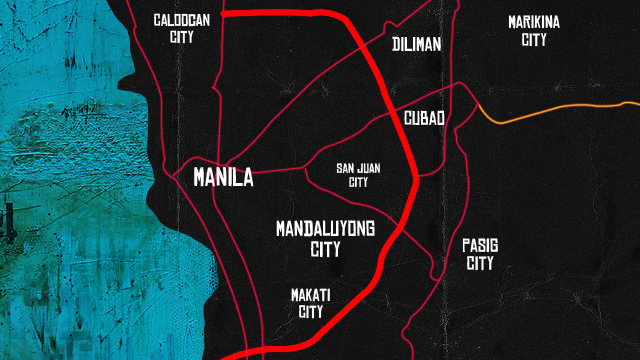 New Metro Manila Traffic Schemes You Should Know About (2018 Edition)

Plus, higher penalties for yellow-lane violators.

(SPOT.ph) The heavy traffic in Metro Manila has, unfortunately, become the new normal. These days, it pays to add an additional hour or two to your daily schedule in anticipation of being stuck on the road. Various schemes and stricter policies have also been implemented with hopes of decongesting our major thoroughfares.

Here are some recent policies that you should take note of unless you want to be fined for not following the rules.

In the hopes of decongesting EDSA, the Metro Manila Development Authority has implemented a scheme banning cars with only the driver on board. The dry run started on August 15 and only high-occupancy vehicles are allowed to pass through EDSA during rush hour (7 a.m. to 10 a.m., and 6 p.m. to 9 p.m.). The scheme was met with criticism both by commuters and lawmakers and the originally set date for its implementation (August 23) was postponed indefinitely. The dry run, however, has been extended as of August 24.

Ban of Provincial Buses Along EDSA

In an effort to improve traffic flow in Bonifacio Global City, its management has announced a one-way traffic scheme to be implemented starting September 17. Affected routes include 11th Avenue, to 28th Street, to Rizal Drive, and to 30th Street; and Federacion Drive, to 9th Avenue, to 34th Street, to 8th Avenue, and to 7th Avenue.

Remember that viral video of the fiscal who parked illegally? Well, the MMDA has had enough and they're now increasing the penalty for illegal parking to P1,000 for attended vehicles and P2,000 for unattended vehicles. Public utility buses going astray of the yellow lane on EDSA will also be fined with P1,000 (from P500).

BGC's Operation Is Stricter Than Ever

On April 15, Bonifacio Global City implemented its wheel-clamping operations in adherence to Barangay Fort Bonifacio Ordinance 14-133. This decrees that illegally parked vehicles will be automatically clamped, and then subsequently towed. is at least P1,000.

Pioneer Street can get pretty intense during rush hour. Imagine cars coming in and out of EDSA and Pasig through the small intersection within the Robinsons Cybergate Complex. In an attempt to fix the traffic jams, a one-way flow was implemented starting on August 6 in certain parts of Madison and Pioneer Streets.

Or you know, scroll through Facebook or play Candy Crush on your phone. The Anti-Distracted Driving Act, which prohibits drivers from using their phones at stoplights or in traffic and putting "mobile communication devices and electronic entertainment gadgets" in the line of sight, was implemented on July 6, 2017. First-time offenders are fined P5,000, with a P5,000 increase for succeeding offenses. On the fourth offense, the penalty includes the revocation of driver's license and a fine of P20,000.

Traffic Metro Manila Edsa City Life Commute
Your Guide to Thriving in This Strange New World
Staying
In? What to watch, what to eat, and where to shop from home
OR
Heading
Out? What you need to know to stay safe when heading out