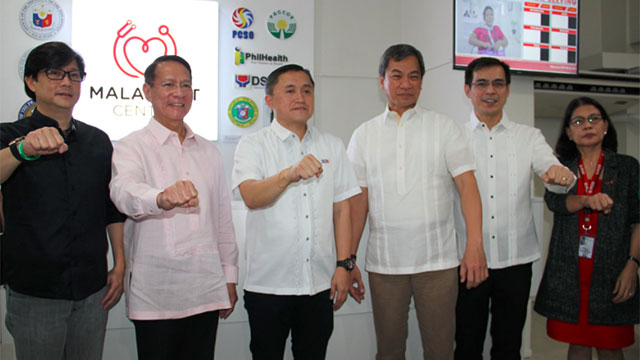 Does the G in PGH stand for "Go" now?

(SPOT.PH) He's denied that he has plans to run for public office and disavowed all knowledge of and association with the posters that have been littering the entire country in recent months, but Special Assistant to the President Bong Go has been making regular appearances at various events. The Twitter account of the Presidential Communications Operations Office also follows and publicizes his activities breathlessly.

Campaign material of Bong Go all over the Philippine General Hospital today. What a shame! I’m calling on hospital and university officials to take these down immediately! pic.twitter.com/CS2F3hcNPR

However, PGH saw fit to put up posters bearing Go’s likeness and pun-laden slogans for his arrival. The posters were radically similar to—if not the same —as the advertising materials he vigorously denied any association with. In addition, health cards that featured a picture of Go laying a consoling hand beside a patient and President Duterte hugging a patient were distributed.

The backlash was swift, with people protesting Go's transparent attempt to campaign and PGH's apparent kowtowing.

Yes, Bong Go just used a hospital to advance his political career. He used the conditions of the destitute sick to make himself a messiah while actually being a major contributor to the death of the masses. This, all for political leverage.

And the hospital was PGH.

It’s certainly annoying to say the least, but there's bad news for the rest of us: In 2009, the Supreme Court ruled that premature campaigning is not an election offense and that any advertising materials from politicians are simply a form of freedom of expression. Looks like we're in for several months more of politicians trying to not-so-subtly hint at their candidacy.

Bong Go Philippine General Hospital
Your Guide to Thriving in This Strange New World
Staying
In? What to watch, what to eat, and where to shop from home
OR
Heading
Out? What you need to know to stay safe when heading out