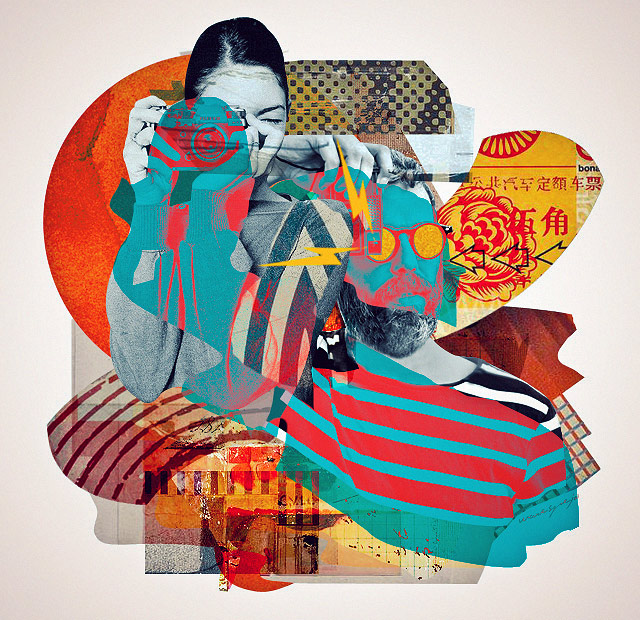 Should You Really Go Mirrorless?

Everybody seems to be switching to mirrorless cameras. What's the big deal?

(SPOT.ph) If you’ve been seduced by the advertisements touting mirrorless cameras as the future and making your old, bulky, SLR systems seem antiquated and retro, stop right there. The general scepticism as to whether mirrorless was just going to be a passing fad has somewhat faded, especially after Sony and Fuji tore into the semi-pro markets of Canon and Nikon, leaving them somewhat the worse for wear. Canon half-heartedly launched the EOS-M mirrorless system a few years ago, but for such a big company, the camera manufacturer didn’t seem to be taking it seriously.

This year, in quick succession, Nikon launched its Z series mirrorless cameras, followed by Canon’s R series. Without saying so in quite so many words—because they still want to continue selling their DSLR bodies and lenses—both manufacturers seemed to be conceding the future of photography, or at least a significant branch of it, would belong to mirrorless. This had been the stance taken by Sony, who bought out Minolta and ran with their technology to make two lines of compelling cameras: The a6000 series of crop-sensor cameras; and the wildly successful a7 series (now on its Mark III iteration, with a separate a7R line for high resolution and a7S series for low-light sensitivity and video).

Mirrorless cameras have existed for a long time: All our phone cameras are mirrorless, as are our point-and-shoots. What was revolutionary about the mirrorless revolution was the idea of taking these cameras seriously as photographic tools. What I mean by that is not artists who want to juxtapose images of tongue rings with polar bears for a one-night collaborative show at an independent gallery in Brixton, but by people who really use cameras for a living: Journalists, crime-scene photographers, wedding photographers, sports photographers. Never buy cameras from these guys because they really use their gear; what you want is to buy from a dentist who takes it out of a locked safe once a year to take a still life of flowers with the sunset.

So what happened? How did mirrorless catch up? A quick technical explanation. In the old days of film there were a variety of ways that you could frame the shot you wanted and focus. The Leica used a rangefinder to focus and a separate viewfinder; eventually these were integrated into one window. Twin-lens reflex cameras like the Rolleiflex let you peer down a mirror through one lens, and had the film behind another, similar lens with a leaf shutter. Many cameras used scale focusing (a nice word for “guesstimate”) and either a leaf or focal plane shutter. The 35mm reflex camera was perfected by Canon and Nikon: Interchangeable lenses, a mirror through which you framed the image, which then swung out of the way for a focal plane shutter to open up and expose the film.

The DSLR worked much the same way, except that the film was replaced by a sensor. But a digital sensor didn’t have the same problem that film had, which was that it couldn’t be exposed to light until you were ready to take the shot. You could actually flip up the mirror and see what you’d be shooting and use that image to frame and focus—this was known as Live View, and was offered as a kind of bonus, with the caveat that it would drain the battery, as it was essentially continuously taking a video of whatever the lens was pointed at.

What changed was that technology caught up. Higher-resolution sensors and displays meant that you weren’t looking at a grainy preview, but pretty close to what you’d see through a prism/mirror type viewfinder. Better battery technology meant that you could take your time finding your shot in Live View, which was now the default. Faster microprocessors took advantage of having the actual shot in the frame at all times, so phase autofocus sensors could be placed on the image sensor itself—this is different from Face Detection autofocus, which, as its name implies, detects faces and focus on them. Though that’s one of the selling points of mirrorless as well.

Professionals aren’t going to be getting rid of their SLR systems anytime soon. The Sony crowd, clutching their Godox flashes, are either “advanced amateurs,” the kind who go on photowalks and pixel peep, or are young photographers just starting out. Those who have been in the business for a while will have ploughed a lot of money into a set of specialized lenses for the kind of work they do, as well as several camera bodies, and Profoto or Elinchrom flash heads. For an agency photographer with AFP or Reuters whose sole job is to get that shot, a few extra grams won’t matter; they need that Canon EOS 1DX DSLR camera with its bomb-proof body and giant battery; they know that their beloved 70-200mm IS telephoto lens isn’t going to suddenly stop focusing in the middle of a war zone.

But just as analog eventually gave way to digital over a decade or two, the mirror is a piece of technology that is a remnant of the film era. Both Canon and Nikon have introduced new mounts, which are much wider and have a shorter flange distance, which will enable them to design faster, lighter lenses that don’t have to squeeze the image through a diameter that was practical in 1959 (when the Nikon F mount was introduced), but somewhat behind the times now. Also, they can get everyone to buy their favorite lenses all over again—a great recipe for profit.

The time has never been better to be a photographer, or at least a gearhead. Head over to your favorite online selling group page, and you’ll find photographers selling their entire stable of bodies and lenses for ridiculous prices. If you want the newest technology, either go with Sony, which is ahead of the game by leaps and bounds at the moment, or wait for Canon to come out with a more compelling R-series camera than the somewhat uninspiring launch model. If you aren’t into shiny new gadgets and want to take pictures, grab the used Canon and Nikon gear that’s going for bargain basement prices. Have the sensor cleaned professionally, buy some new batteries, and you’re in business.

The more compelling question is, really, do you need a camera at all? The iPhone camera takes great photos. Unless you’re shooting weddings or sports (where you need to be fast) or billboards (where you need the extra resolution) or architecture (where you need tilt and shift), mobile phone cameras will get you most of the shots you need. For amateurs like myself, I still pack a camera while travelling, but end up leaving it in the hotel and using my phone. The best camera, after all, is the one you have on you when you need to take the shot.

Mirrorless Photography Cameras
Your Guide to Thriving in This Strange New World
Staying
In? What to watch, what to eat, and where to shop from home
OR
Heading
Out? What you need to know to stay safe when heading out