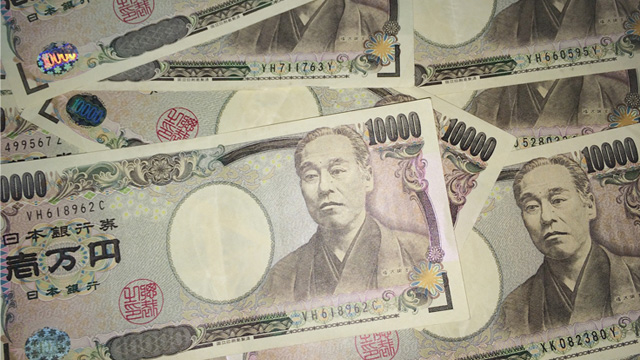 It must have been quite a scene.

(SPOT.ph) On October 2, a 51-year-old Japanese woman named Mariko Tsuchioka caused a stir at Cogon Public Market along J.R. Borja Street in Cagayan de Oro City—she was giving away wads of Japanese yen, with the amount ranging from P4,000 up to P27,000 to random people. Some people even reported receiving the equivalent of P50,000.

Tsuchioka is the granddaughter of a former member of the Japanese Imperial Army. Apparently, she came to the country to fulfill the wishes of her grandfather, who died last month, to give away P1 million of his own money as an act of apology for what the Japanese did to Filipinos during World War II.

Tsuchioka arrived in the country on September 30 and sought assistance from a local woman, who suggested she should go to Cagayan de Oro City. According to Police Officer 1 Junelyn Cahig of the Cogon Police Station, Tsuchioka started handing out money around 2 p.m. and was again seen doing so two hours later, in what must have looked like a scene straight out of a movie. A crowd soon began to follow Tsuchioka, who was subsequently taken in by a woman at a sari-sari store. Police officers reportedly escorted her back to her hotel later.

Tsuchioka and her late grandfather’s remorse echo the sentiments expressed by Emperor Akihito on August 15 during the annual ceremony commemorating the end of World War II. Whether that same remorse is shared by all Japanese may be questionable, however. Just last week, the mayor of Osaka, Japan, Hirofumi Yoshimura declared that Osaka and San Francisco would no longer be sister cities because of a statue that serves as a memorial to comfort women. The statue was put up in September 2017 by the Korean, Chinese, and Filipino communities, representing the countries invaded by Japan during World War II.

World War 2 Cagayan De Oro
Your Guide to Thriving in This Strange New World
Staying
In? What to watch, what to eat, and where to shop from home
OR
Heading
Out? What you need to know to stay safe when heading out