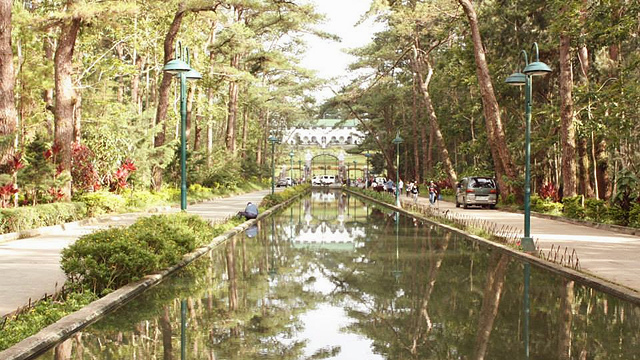 Looks like someone won't be allowed to go there!

(SPOT.ph) "Sh*t." "Leche." "P*t*ngina." "T*n*ina." You may not hear these words anymore as soon as you step into schools, computer shops, and arcades in Baguio City. This comes after Mayor Mauricio Domogan ratified the Anti-Profanity Ordinance, which prohibits "cursing, cussing, expressing insults, whether directly or indirectly to anyone or using profane and/or foul language as a means of expression, anger, surprise, disgust or any other form of extreme emotion" in "all schools, in all levels, and those providing technical and vocational education and training, and business establishments frequented by pre-school and grade school children, high school and college students in the city."

Ordinance 118, Series of 2018 was first proposed in January 2017 by Councilor Lilia Fariñas. It defines profanity as "blasphemous or obscene language; vulgar or irreverent speech or action; expletive, oath, swearing, cursing or obscene expression usually of surprise or anger." School authorities, which includes teachers, principals, administrators, and class officers, can "provide the necessary penalties, graduated accordingly to the extent they may deem necessary." Students who will violate the ordinance may face expulsion.

What makes this even funnier is how Larry Gadon - yes THAT Larry Gadon - became a meme by cursing in Baguio https://t.co/cQ5EudgQeE

It isn't lost to most people that a curse-filled incident happened in the City of Pines in April this year. While in Baguio City to attend the oral arguments on the quo warranto petition against the former Chief Justice Maria Lourdes Sereno, lawyer Larry Gadon yelled at a protester who cut him off during a press interview. "Ikaw bobo, p*t*ngina mo ka!" he said.

Cursing is banned in Baguio City.

Looks like he's following the footsteps of someone who also loves to curse.