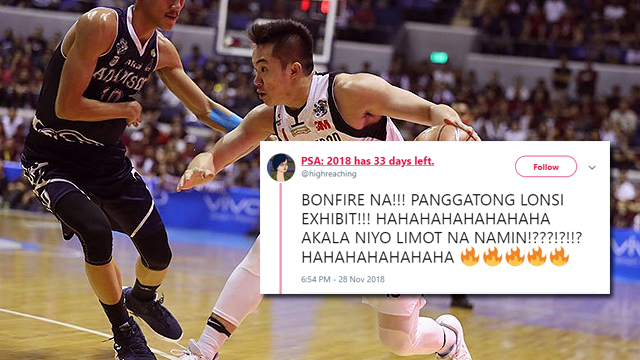 (SPOT.ph) November 28 marks a historic day for the University of the Philippines as the men's basketball team secures their slot against Ateneo for the UAAP Men's Basketball Finals on Saturday, December 1. Araneta Coliseum was filled with a sea of maroon and navy blue as the UP Fighting Maroons and Adamson Soaring Falcons played what is perhaps the most memorable (and intense!) UAAP game of the season. With the hashtags #AtinTwo and #AminTwo, the game also took Twitter by storm and, as usual, it did not disappoint!

Here are some of the funniest tweets about the game.

On the game-turning free throws scored by the Falcons.

The shade is real.

People are getting their wallets ready.

They're aware of it though!

The life of a typical UP student in one tweet.

It will be a battle between Eagles and Oble's *toot*

Ehem, Duterte! The last time UP was in the finals, Marcos was ousted. https://t.co/Sal53vWBrD