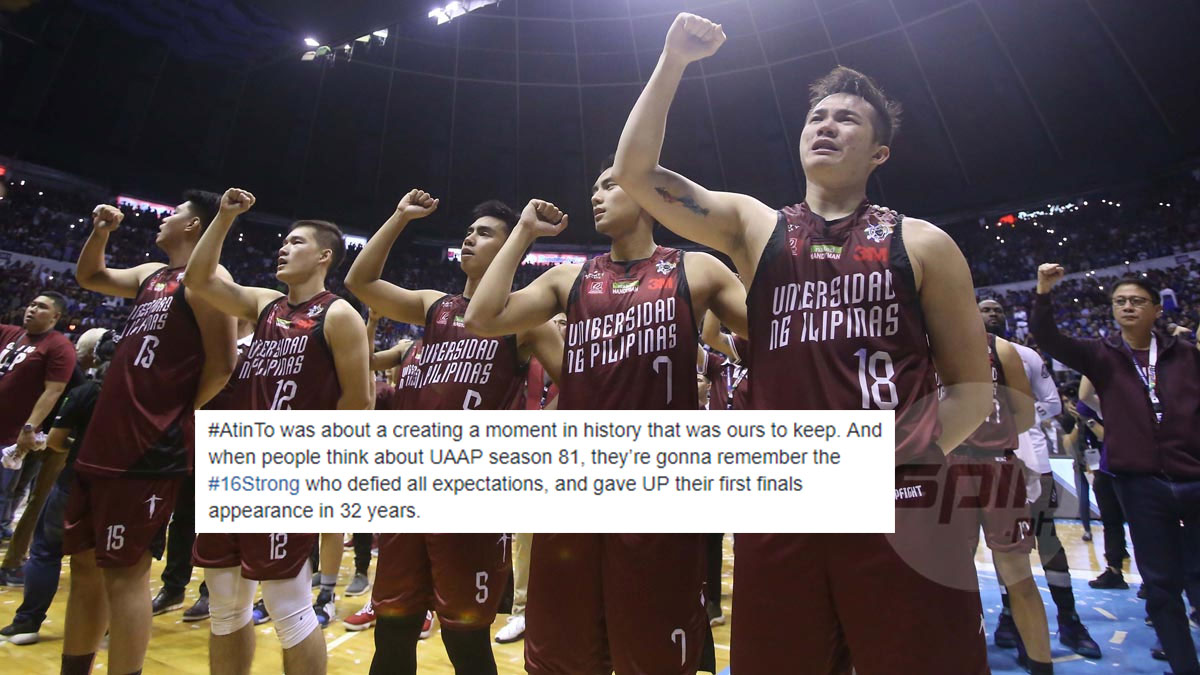 UAAP Hangover: Most Heartfelt Posts From UP Fighting Maroons Fans

And why they see last night's defeat as a victory for UP.

(SPOT.ph) It’s been a great time for heckling, for memes, and for posts singing the praises for the men of the Fighting Maroons and of the University of the Philippines. Emotions ran high, as it always does during the UAAP finals, but it was different for UP this year, whose men’s basketball team pulled off what often was just joked about by Maroons fans every season—not landing in the bottom rungs of the basketball team ranking of the UAAP. Making the Final Four was already a shock, and going all the way to the finals was an even bigger surprise.

Fans of the Ateneo Blue Eagles have been characteristically enthusiastic, and the enthusiasm was understandably from fans who were accustomed to winning and were thus comfortably sipping from a goblet of hot, steaming, certain victory. Yet the excitement of UP students and alumni was on a whole other level, to the point where even the skeptical and those with zero interest in basketball were turned into believers. They cheered and hoped for a win that had not been theirs for three decades, and even though the actual victory wasn’t attained, landing in the finals was better than anyone had expected and already counts as a win.

We’ve put together some of the most heartfelt posts and veritable essays written by UP folk... for people who need to understand why even not winning was such a huge deal and for UP people who want to sob all over again and savor a bit of history.

UP fans are already setting their sights on winning Season 82, adopting the hashtag #Atin82. If UP does make it back to the finals and ends up on top, expect there to be a lot more of these reads.

It’s been pretty hard to express how much of a thrill this whole experience has been for the UP community without being reduced to babbling about how proud we are, so it’s a good thing these essays did a great job of taking the words right out of our mouth.