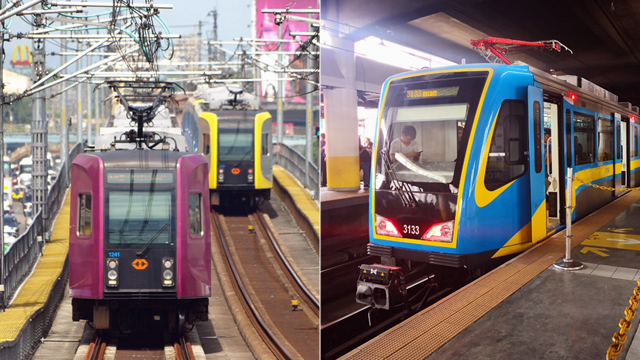 Here Are the Train Schedules for Tomorrow's Nazarene Procession

You can ride the trains... if you're willing to deal with the crowd, of course.

(SPOT.ph) As always, thousands of Filipinos are expected to flood the streets of Manila for the procession of the Black Nazarene tomorrow, January 9, and to accommodate the influx of passengers joining this year's Traslacion, the LRT-1, one of the most favored modes of transport for those heading to Manila, will maintain its normal operating hours, along with the LRT-2 and MRT-3.

For the LRT-1, the first trains for both Baclaran and Roosevelt leave at 4:30 a.m., while the last trains to Baclaran and Roosevelt will leave at 10:15 p.m. and 10 p.m., respectively. The train service have extended its operations until 11 p.m. for last year's Traslacion, but it was only announced via Twitter on the day itself. As of writing, no announcements on extending their operating hours have been made.

Passengers of the LRT-1 are advised to take note of the management's "crowd control" measures, which aim to stop the train shuttles from overcrowding by keeping the line at bay in places like the station's stairs, entry points, and ticketing counters.

The LRT-2 will also follow its regular operating schedule tomorrow, with the first trains leaving Santolan and Recto at 4:30 a.m. and the last trains leaving Santolan and Recto at 10 p.m. and 10:30 p.m., respectively. The management also announced that barefooted devotees will be allowed on the train, but a strict "No Inspection, No Entry" policy will be implemented.

The MRT-3, which connects to the LRT-1 through the Taft Avenue station, will also follow regular operating hours.

More stories from Spot.ph
CONTINUE READING BELOW
Recommended Videos
Your guide to thriving in
this strange new world.

Lrt1 Lrt2 Mrt3 Light Rail Manila Corporation Traslacion City Life
Your Guide to Thriving in This Strange New World
Staying
In? What to watch, what to eat, and where to shop from home
OR
Heading
Out? What you need to know to stay safe when heading out