Catriona Gray Talks About The Lower Age Of Criminal Responsibility Issue
Loading
Already a member? Log in
No account yet? Create Account
Spot.ph is your one-stop urban lifestyle guide to the best of Manila. 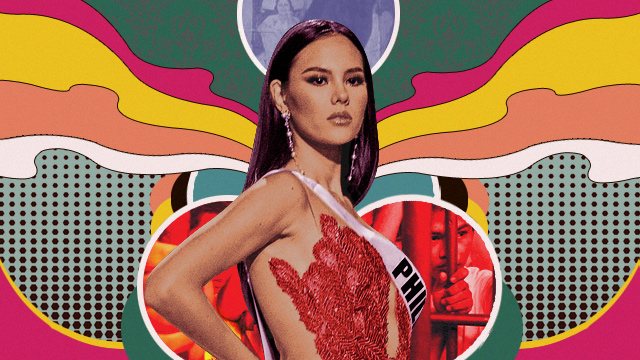 Catriona Gray and Our High Expectations for Beauty Queens

She recently spoke out on lowering the age of criminal responsibility.

(SPOT.ph) Miss Universe 2018 Catriona Gray returned to the Philippines on February 18, and judging from her first parade on February 21 where thousands of Pinoys spilled out on the streets to catch a glimpse of Gray, one can say that the country’s fourth Miss Universe was warmly welcomed by her fellowmen.

In the past month, however, there was some disillusionment and criticism about whether Gray is truly living up to her role as someone who works with young people and seeks only their betterment. Gray’s campaign to become Miss Universe hinged on many things, from promoting Philippine culture to wearing clothes using textiles from around the country, but especially as a champion of young people.

For much of the start of 2019, heated opinions have been flying back and forth over the proposed bill to lower the age of criminal responsibility to 9 and then to 12, which has thankfully been given the thumbs-down by the Senate and may be taken up again after the elections. People waited for Gray to speak out about the issue and were disappointed when no such opinion came immediately.

The wait for her take ended on February 20, when Gray finally spoke up about the issue, saying, “We should refocus our energy not to lowering the age of criminal responsibility but rather to why are these children committing these crimes." In an interview with News 5, she also stressed the importance of eradicating external pressures, which can be done by assessing communities and educating the parents' of the children, among others.

The calls for Gray to speak out have met some criticism, with some people saying she’s still busy settling into her role as Miss Universe, that perhaps the Miss Universe organization forbids their reigning queens to discuss controversial matters, and others saying that it’s not her place to discuss the issue. Even Presidential Spokesperson Salvador Panelo expressed his sentiments, saying that Gray was "misinformed." He goes on to explain that under the proposed bill, minors are sent to youth care facilities and not to jail.

So why are there calls for Gray to become involved in the first place?

The bar for beauty queens is set so high that those who fail to answer questions well tend to be subjected to ridicule. Which only goes to show that, even with the diminished relevance of beauty pageants and criticisms that they are unfeminist, beauty queens are still nevertheless supposed to go above and beyond expectations and be able to provide concrete solutions to society’s ills in less than a minute.

People expect beauty queens to take a strong stance if they themselves declared their dedication to a cause, not to mention the fact that they are the ones who have the platform and popularity to advance a cause, and even influence those in power. Or maybe there's pressure because those in power don’t bother listening to ordinary citizens. Still, it seems rather unfair that beauty queens bear much criticism for awkward Q&A responses and seeming apathy. One has to wonder: how come politicians—actual public servants—don't seem to be held accountable in the same way?