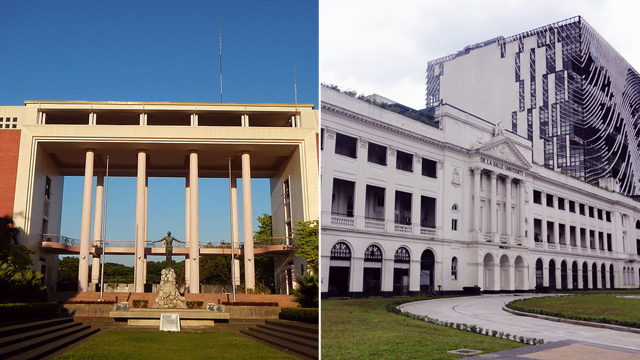 The De La Salle University joins the list for the first time.

(SPOT.ph) Massive changes in the Philippine education system were seen in recent years. In 2011, the K-12 program was implemented; in 2014, some local universities readjusted their academic calendar; and in 2017, the law providing free tertiary education was implemented. Despite a few things that can definitely use some improvement, higher education in the Philippines still has something to be proud of. Data from the Times Higher Education shows that the University of the Philippines and De La Salle University made it to the list of best universities in the Asia-Pacific region for 2019.

Despite China taking up most of the top spots, it's only the second most represented nation with 72 universities included on the list. Japan, with 103 of its universities on the ranking,  was recorded to be the most-represented.

The Times Higher Education (THE) analyzed universities across East Asia, Southeast Asia, and Oceania. They were ranked using indicators that looked into each university's performance in teaching, research, knowledge transfer, and international outlook. The overall ranking includes over 300 universities from 13 different nations.

Times Higher Education University University Of The Philippines Dlsu Asia-pacific University Rankings
Your Guide to Thriving in This Strange New World
Staying
In? What to watch, what to eat, and where to shop from home
OR
Heading
Out? What you need to know to stay safe when heading out