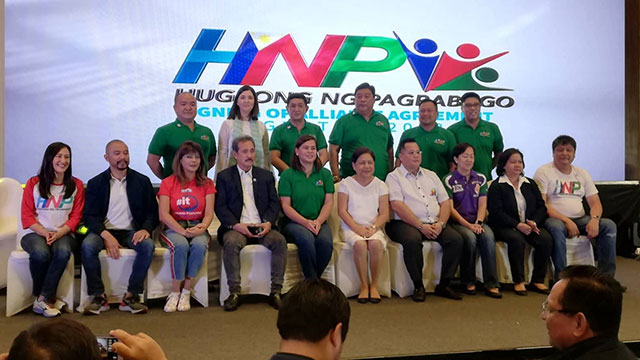 What are they afraid of, we wonder?

(SPOT.ph) The senatorial candidates of Hugpong ng Pagbabago did not attend the debate with the opposition candidates, known as Otso Diretso, scheduled at noon on February 25, the 33rd anniversary of the People Power Revolution, at Plaza Miranda in Quiapo, Manila. The debate invitation was issued last week by Otso Diretso, whose candidates have been attending various televised debates over the past few weeks. By contrast, some members of Hugpong ng Pagbabago have yet to appear in any debate.

#notatmyexpense pards rise and fall on your own merits pls #kapitlang

Angara previously turned down a debate invite from candidate Erin Tañada III, saying he was “game” but that he would rather debate Tañada in the Senate if both of them end up winning seats in the Senate. He has also said that debates with numerous participants were limiting. In response, Tañada stressed that debates allow voters to hear candidates’ stand on important matters. Angara, the son of former Senate President Edgardo Angara, replied that Tañada should “rise and fall on your own merits.”

The Hugpong candidates were at a campaign event in Bulacan at the time the debate was scheduled, where Duterte-Carpio said during an interview, “We should never forget why EDSA Revolution happened.”

After the debate snub, Otso Diretso stated that they were willing to engage the Hugpong candidates any time and place the latter chooses.

2019 Senatorial Elections Debate Politics
Your Guide to Thriving in This Strange New World
Staying
In? What to watch, what to eat, and where to shop from home
OR
Heading
Out? What you need to know to stay safe when heading out