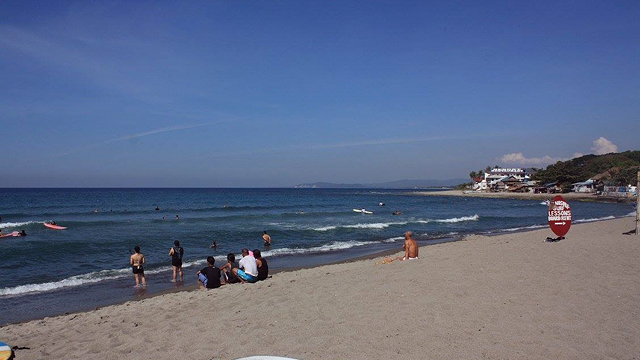 If only the rest of the world can follow.

(SPOT.ph) Skin allergies, tuberculosis, asthma, and stroke—these are just some of the health issues that the residents of Happyland in Tondo, Manila, dealt with when Rock Energy Corporation started operating a coal stockpile near the area in 2014. Imagine having two hectares of land dumped with coal waste and its resulting airborne coal dust. Now, think about larger coal-fired power plants and how these facilities release all kinds of pollutants and toxins into the air. And, by the way, we have a long list of this type of power plants in the Philippines. In an effort to protect their shores, the people of San Juan, La Union, on March 11 declared the town to be coal-free.

Resolution No. 03-2019, authored by Councilor Miguel Corleone Magsaysay, was turned into an ordinance through a unanimous vote by the San Juan municipal council. This bans the construction, development, and operation of coal-fired power plants in San Juan, which is also known as the "Surfing Capital of the North."

Residents and environmental groups in the municipality have been opposing the construction of a 670-megawatt coal-fired power plant in Luna, which is just a couple of towns away from San Juan, since 2017. But Global Luzon Energy Development Corporation, the proponent of the facility, was greenlit for project implementation after obtaining their environmental compliance certificate in November 2018.

"[...] imagine a thirsty coal plant which needs plenty of water to run, and poses incredibly heightened risks in water and land contamination through its transportation and its waste management practices, and imagine it operating in a once peaceful, unadulterated seaside community. Maybe we don't need to imagine further, as the Province of Bataan had since been faced with the reality of relocating some 250 families displaced by the coal-fired power plant operations in Limay. This, ladies and gentlemen, will soon be the future of Luna, La Union, if we refuse to act," posed Senior Citizens Party-list Rep. Milagros Aquino-Magsaysay in her privilege speech on December 3, 2018, regarding the threat to the town of Luna.

With San Juan’s initiative to protect their environment and their people, they can only hope that Luna—and other places in the Philippines would follow suit. Negros Occidental Governor Alfredo Marañon Jr. on March 6 issued an executive order asking the Provincial Board to oppose any move to put up a coal-fired plant in the province. The group has yet to pass an ordinance.

San Juan La Union Environment Travel
Your Guide to Thriving in This Strange New World
Staying
In? What to watch, what to eat, and where to shop from home
OR
Heading
Out? What you need to know to stay safe when heading out