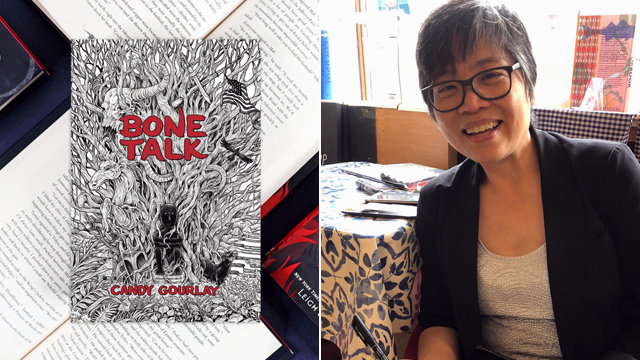 She's the first Filipino to have been shortlisted for the prestigious award.

(SPOT.ph) Set within the mountains of the Philippines during the Philippine-American War, Bone Talk is Filipino author Candy Gourlay's third and latest novel. On March 19, it was announced that the book made it in the 2019 Carnegie Medal shortlist, considered to be the most prestigious literary award for children's and young adult books in the United Kingdom. This makes the U.K.-based author the first Filipino whose work has been shortlisted for the Carnegie Medal.

"When I was a kid, I read all the books I could find that had the Carnegie Medal," Gourlay was quoted in an Inquirer report. "It was like magic, like an amulet. I really knew about it, so to be shortlisted, I'm speechless. I cannot breathe. It's incredible!"

The Carnegie Medal is named after Andrew Carnegie, a Scottish-born American Philantrophist who founded more than 2,800 libraries. The Chartered Institute of Library and Information Professionals considers it to be "U.K.'s oldest and most prestigious award for children's writing."

Having stayed in the UK since 1989, Gourlay has taken to writing about Filipino topics for her novels. "It's my own exploration, I think, because I'm so far away. I'm always asking myself questions in a way that I wouldn't if I were living [in the Philippines]."

Bone Talk explores Filipino culture and history through the fictional story of a young boy named Samkad, whose world consists only of the mountains he calls home. He grows up among his people and can't wait until he's given his own spear and axe to help fight their blood enemy, the Mangili, together with Luki, his best friend who also wants to become a warrior despite being a girl.  Their whole world changes when a new boy arrives in the village. He calls himself Samkad's brother, but knows nothing of the mountains. He swoops in with people called "Americans," strangers bringing war and destruction to their home.