Ballot Box for May 2019 Elections Found Floating in a Swamp in Maguindanao
Loading
Already a member? Log in
No account yet? Create Account
Spot.ph is your one-stop urban lifestyle guide to the best of Manila. 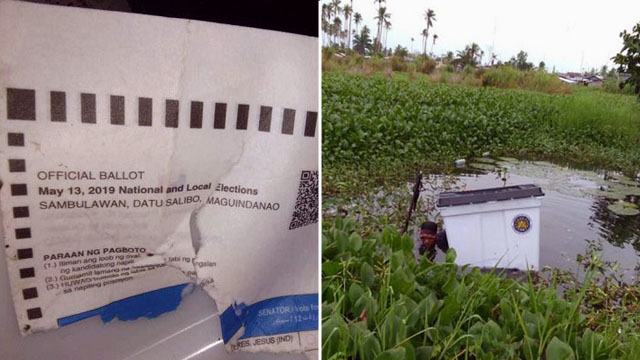 Ballot Box Found Floating in a Swamp in Maguindanao

(SPOT.ph) It has been more than a month since the May 13 midterm elections—officials are set to be sworn in on June 30—and votes are still a highly contested topic. The Commission on Elections went under fire during the actual voting for a record number of glitches, but it looks like they have more than just computer problems. A ballot box was found floating in a swamp in Maguindanao on Thursday, June 13, according to a report by ABS-CBN News.

The box was found near Barangay Sambuwalan, part of the Municipality of Datu Salibo. Inside it were ballots tagged to the barangay, which has 1,788 registered voters.

Datu Salibo has a total of 9,504 registered voters, but only around 5,000 votes were officially counted during the last election. Solaiman Sandigan won the mayoral seat with a count of 2,729 votes.

The Commission on Elections has issued a statement on June 17, saying that the ballot box was stolen from the municipal office and that investigations are currently underway. Datu Salibo election officer Mary Ann Marohombsar maintains that "the conduct of the May 13 polls in her jurisdiction was fraud-free."