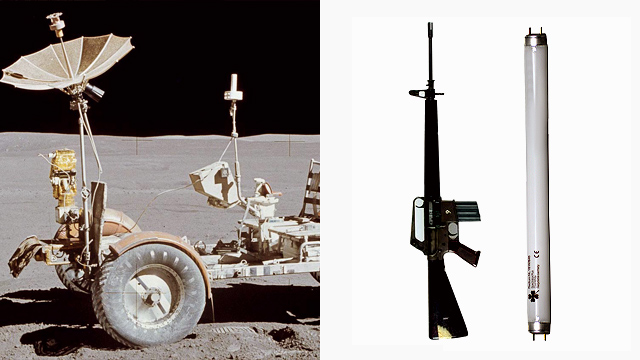 These are the Filipino invention myths they used to teach us back in school.

Filipinos have been exposed to a number of hoaxes and untruths, which we sadly swallowed hook, line, and sinker because we didn't know better. The Tasaday Hoax, for example, is considered the biggest government-backed hoax in the world. Now that we know better, it's amusing to look back at the most preposterous lies we've been made to believe.

Here are a few inventions that were wrongly attributed to Filipinos:

The Fluorescent Lamp by Agapito Flores

Most of us who studied in the '90s were taught that Agapito Flores invented the fluorescent lamp—it was even in our Sibika textbook. There he was, pictureless, listed among Filipino greats to be proud of, including Lydia de Vega (Asia's Sprint Queen), Lisa Macuja (Asia's Prima Ballerina), and Flash Elorde (Asia's Boxing Champion). Our teachers, who knew no better, confirmed what the textbook said. Never mind that the spelling of "fluorescent" and that the word "fluorescence" predates Flores' birth by more than four decaedes should have been glaring clues—but no.

We later find out that the rumor that Flores invented the eponymous fluorescent lamp was a lie, of course. Let's not forget that credit belongs to three German inventors: Edmund Germer, Friedrich Meyer, and Hans Spanner, who co-patented the design behind today's fluorescent lamps in 1927. By the time Flores supposedly presented his "invention" to President Manuel Quezon in 1935, General Electric was already producing it.

As much as we want to believe that the Moon Buggy was invented by Filipino engineer Eduardo San Juan, it just isn't true. But he did submit a design for the Lunar Roving Vehicle for use by NASA's Apollo missions from 1971 to 1972—only it wasn't selected.

For comparison, here is what San Juan's design looks like:

And here is what NASA's actual moon rovers look like:

There is no doubt NASA did not adopt San Juan's designs, and opted for a much simpler and skeletal design. How would you bring a tank-like rover to the Moon, anyway?

Like the alleged invention of the fluorescent lamp, the M16, also known as armalite, is supposed to be an eponym of its Filipino inventor, Armando Malite (or, in some versions, Armando Lite). According to the tale, this certain guy invented the armalite during World War II. The United States was allegedly so impressed with his invention that they pressured Malite to sell its patent so they could mass produce the firearm. The U.S. then renamed it as the M-16.

ArmaLite is actually the name of a small arms manufacturing company established in the U.S. in 1954, closed in 1980, and then revived in 1996. It sold a series of rifles, including the AR-15, to Colt—another firearms manufacturer. Then, in 1962, the AR-15 was sold to the U.S. Air Force, which called it the M-16 Rifle.

The Yoyo by Pre-Colonial Filipinos

This was another Filipino invention myth peddled in schools. According to some of our teachers and textbooks, the yoyo was a pre-colonial Filipino weapon used by our forefathers as a strung projectile.

What is suspicious about the claim is the lack of archaeological evidence to support it. When it comes to precolonial Filipino weaponry, we have plenty of evidence that show what kinds of weapons Filipinos used in the past, such as bows and arrows, bamboo and ceramic spears, bolos, and krises. Archeological and recorded evidence show pretty much all kinds of weapons used by precolonial Filipinos, except the yoyo.

Archaeologists believe that it was first used in ancient Greece, circa 500 B.C. The Museum of Yoyo History, in addition, documents how the yoyo made its appearance in the Philippines during the American occupation. Our country was the major producer of the toy in the early 1900s; and in 1928, one Pedro Flores started his yoyo company in the U.S. This was the forerunner of the yoyo's modern design: Attached to a disc by a looped string, not tied with a knot, allowing the disc to "hang" at the end.