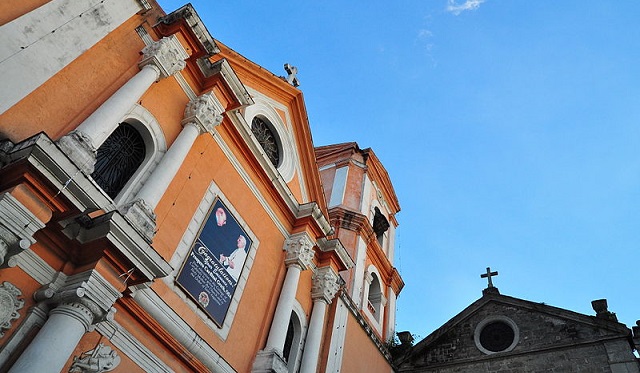 No official word yet, but construction of a bridge nearby is raising eyebrows.

(SPOT.ph) San Agustin Church in Intramuros has been standing for more than four centuries now—through the ravages of war and, well, urban development since 1587—to become not just the Philippines' oldest Roman Catholic Church and one of the most beautiful, but also one of the country's four Baroque churches listed in the the United Nations Educational, Scientific and Cultural Organization's World Heritage Sites. But its status may soon change thanks to the Binondo-Intramuros "Friendship" Bridge: The World Heritage Committee had its 43rd Session in Azerbaijan from June 30 to July 10, where the construction's effects to the Baroque church's status was discussed.

According to the United Nations Educational, Scientific and Cultural Organization (UNESCO) National Commission of the Philippines, all efforts have been put towards keeping the church on the list. "[UNESCO National Commission of the Philippines (UNACOM)] has been in close coordination with relevant agencies and entities regarding the construction of the Binondo-Intramuros Bridge and its impact on the buffer zone of San Agustin Church,” said UNACOM Secretary General Lila Ramos Shahani in an interview with the Inquirer.

The bridge is currently at 10 percent completion, according to a report by the Philippine News Agency on July 3, with construction having started in July 2018. But official reports from the recent session of the World Heritage Committee states that "The State Party reports that the construction of a bridge has been temporarily stopped while the Department of Public Works and Highways (DPWH) is undertaking the Archaeological and Heritage Impact Assessment (AHIA) along with major design changes."

In its draft report of decisions, pubished on July 10, the committee stated that it "notes with satisfaction the temporary suspension of the construction of the Binondo-Intramuros Bridge until the Archaeological and Heritage Impact Assessment of the project is completed and any resulting major design changes to the bridge are made." They have also requested an updated report from the government, due by December 2020.

According to the Philippine News Agency report, the 710-meter bridge will connect Intramuros at Solana Street and Riverside Drive to Binondo at San Fernando Bridge. It is one of two projects funded by the People’s Republic of China through the China Grant-Aid Bridge, the other being the reconstruction of the Estrella-Pantaleon Bridge in Makati City.

A spot on the World Heritage List ensures the site's preservation—to some degree, according to UNESCO. "Greater awareness leads to a general rise in the level of the protection and conservation given to heritage properties," it argued. Plus, a country may also apply for financial assistance from the committee to help preserve, promote, and protect their heritage sites.

Main image from the Marksy - Wikimedia.

Binondo Intramuros Infrastructure San Agustin Church Unescoworldheritagesites Unesco
Your Guide to Thriving in This Strange New World
Staying
In? What to watch, what to eat, and where to shop from home
OR
Heading
Out? What you need to know to stay safe when heading out