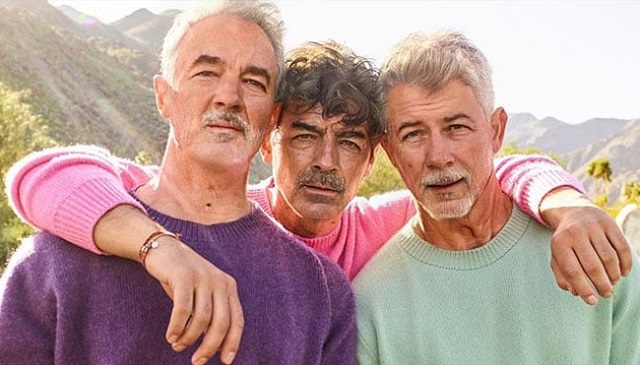 Can Using FaceApp Really Lead to Your Pic on a Russian Billboard?

The viral app is raising some very important questions on privacy.

(SPOT.ph) Social media has made way for a lot of random and seemingly inconsequential challenges, the latest of which is the #AgeChallenge where people post pics of themselves using an AI filter on FaceApp that makes them look older. Why, you might ask? Because why not, replies the Internet. Celebrities like the Jonas Brothers, Kevin Hart, and Sam Smith have joined the craze and posted their own silver fox selfies, but this isn't the first time the app made waves: You might also remember all the gender-swap selfies going around in May, plus of course, all the privacy concerns raised by an app which knows (and stores) your face. Forbes has reported that FaceApp has access to around 150 million names and faces, and nobody's sure what they're doing with all that data.

We know it isn't usually done, but it really pays to give the terms and conditions a read-through. A look at the viral app's terms shows that, "You grant FaceApp a perpetual, irrevocable, nonexclusive, royalty-free, worldwide, fully-paid, transferable sub-licensable license to use, reproduce, modify, adapt, publish, translate, create derivative works from, distribute, publicly perform and display your User Content and any name, username or likeness provided in connection with your User Content in all media formats and channels now known or later developed, without compensation to you," a long-winded phrase which essentially allows the app, and its Russian parent company Wireless Lab, to use your data freely.

As Peter Kostadinov of Phone Arena argues, this might mean your data could be used for something as random as a billboard in Moscow, or as potentially alarming as "training some AI facial-recognition algorithm." Kostadinov also points out that the word "irrevocable" means that the company could still use your data long after you've deleted the app.

While privacy concerns are always valid, people have also pointed out that most of the fear stems from the fact that Wireless Lab is based in Russia. As Libby Watson of Splinter News points out, it's not exactly logical. Plus, another Forbes article reports that most of the company's servers are actually based in the U.S., with some in Ireland and Singapore.

According to French cyber expert and security researcher who uses the pseudonym Elliot Alderson, only pictures that you want to have edited by the AI go into company servers. But Forbes also notes that its nearly impossible to know for sure what the company does with your data. Whether this is a security risk or not is up to you. Are the selfies worth it?