DILG Plans to Reclaim Public Roads and Using Roads in Gated Subdivisions
Loading
Already a member? Log in
No account yet? Create Account
Spot.ph is your one-stop urban lifestyle guide to the best of Manila. 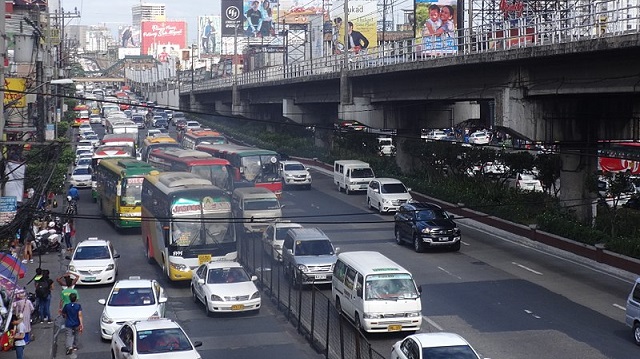 Here Are DILG's Plans to Ease Traffic Congestion in the Metro

One is to use roads in gated subdivisions.

(SPOT.ph) President Duterte just delivered his fourth State of the Nation Address on July 22, and of course, people are once again scrambling to get going with fresh directives on old promises. Traffic was, of course, not an agenda to be missed—the president, after all, promised to make travel time between Cubao and Makati only five minutes.

In his address, Duterte called on the Metropolitan Manila Development Authority and other government bodies to make his promises a reality, and now the Department of the Interior and Local Government has given an answer. They're looking at asking gated subdivisions to allow motorists to use their roads during rush hour.

In answer as well to the president's demands, the DILG is set to make an inventory of all privately used roads in Metro Manila. Perhaps the first step to reclaiming the public streets for the public.

"One estimate pegs economic losses at P3.5 billion a day due to traffic congestion in Metro Manila," said the president during his State of the Nation Address (SONA). "Reclaim all public roads that are being used for private ends. Marami diyan," he added. We all know the ones: Roads that have been closed and turned into a marketplace, or roads that have been reduced to a single lane thanks to people using it as an extension of their homes.

Duterte then called on Año to make sure all local government units will follow through with this order. "If there is a mayor or a governor, or kung ano kang—sino kang demonyo ka, i-suspend mo, Sir Año. Give him time and if he cannot—if he is not up to it, then pagpahingain mo na lang. Suspend mo na," he continued in his speech, addressing the secretary.

Dilg Traffic 2019 Sona Duterte City Life
Your Guide to Thriving in This Strange New World
Staying
In? What to watch, what to eat, and where to shop from home
OR
Heading
Out? What you need to know to stay safe when heading out