New Law Requires Schools to Provide Neutral Desks for Left-Handed Kids
Loading
Already a member? Log in
No account yet? Create Account
Spot.ph is your one-stop urban lifestyle guide to the best of Manila. 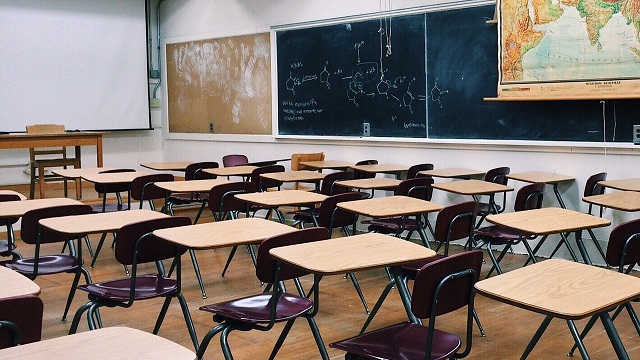 (SPOT.ph) Future generations are blessed with never having to struggle through many minor inconveniences we once had: slow dial-up connections, not knowing if your crush received your messages, and trying to write on a right-handed arm chair as a leftie. For some reason, there were never enough of those prized, special chairs—made specially for left-handed kids—to go around. A new law is set to banish this inconvenience: Republic Act No. 11394, a.k.a. the Mandatory Provision of Neutral Desks in Educational Institutions Act, requires schools to provide "neutral" desks to students. These desks can be used by all students, whether right or left-handed.

Under this law, both public and private schools are mandated to switch old armchairs—you know which ones we're talking about—with neutral desks. "[A] neutral desk shall mean a table or an armchair that is suitable for right-handed and left-handed students," states the Republic Act. For the first year of the law's implementation, schools must be able to provide enough neutral desks for at least 10% of their students.

"The struggle of left-handed students is real. Many of them end up suffering from back, neck and shoulder pain when they force themselves to use the standard-issue desks. Studies have also shown that left-handed students tend to write slower when using right-handed desks, thus, leaving them at a disadvantage during timed examinations," said Senator Sonny Angara, who authored the law, in a report by the Philippine Daily Inquirer.

Left-handed students are, "faced with an additional challenge in school of having to deal with armchairs that do not support their 'uniqueness.'" added the Senator. The measure was signed into law by President Rodrigo Duterte on August 22.