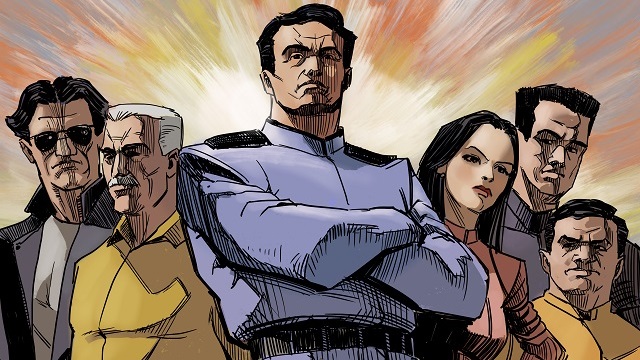 This Comic Book Shows What a "Real" Pinoy Superhero Is Like

The Filipino Heroes League takes on their ultimate enemy.

(SPOT.ph) Imagine this: a superhero has just heard a distress call and is gearing up to go. Instead of a high-tech, super-powered vehicle, a Pinoy superhero has got one better: a pedicab. This is exactly the kind of tongue-in-cheek humor that Paolo Fabregas presents in his comic-book trilogy The Filipino Heroes League, complete with a look at Philippine society that's equal parts funny and painful.

The first book, Stick and Stones, came out in 2011. The idea for the book sprung from this thought: "If the world was filled with superheroes, and you had your American and European first-world superheroes, then the Filipino would be a third-world superhero," said the artist in an e-mail exchange with SPOT.ph.

"My heroes wouldn't have amazing iconic costumes, theirs will be made of anything they can pick up. They wouldn't have an Avengers tower, their [headquarters] will be a rundown shack. They won't have a Batmobile, they'd have a pedicab powered by super speed," adds Fabregas about the heroes he wanted to make for his story.

Now, for their third and final book, the Filipino Heroes League (FHL) will be battling their ultimate enemy. "The [league wants] to save the country from the clutches of an evil and corrupt leader. But how can they do it when they have zero funds and zero public support while their antagonist has the entire Philippine media, military, and government treasury at his disposal?" says Fabregas. Not sure why, but we feel this sounds oddly familiar.

For Fabregas, he wanted the FHL books to be more than just snarky commentary. "I didn't want to just write about a bunch of Super Good Guys fighting some Super Bad Guys in a Philippine context. I wanted my story to address the real issues facing Filipino society: corruption, education, poverty, et cetera," he says, adding that for the final book, "I threw everything I could at it."

The Filipino Heroes League Book Three: Revolution (Visprint, 2019) will be launched at the 2019 Manila International Book Fair, happening from September 11 to 15, at the SMX Convention Center in Pasay City. Fabregas is having a book signing on September 14, 1:30 p.m. to 3:30 p.m. at the Visprint Inc. booth at Nos. 2-57 to 2-58, and 2-47. It will be available in major bookstores nationwide and online through Visprint's Lazada and Shopee accounts for P350.