Full Moon to Light Up Friday the 13th; Next Time Is in 2049
Loading
Already a member? Log in
No account yet? Create Account
Spot.ph is your one-stop urban lifestyle guide to the best of Manila. 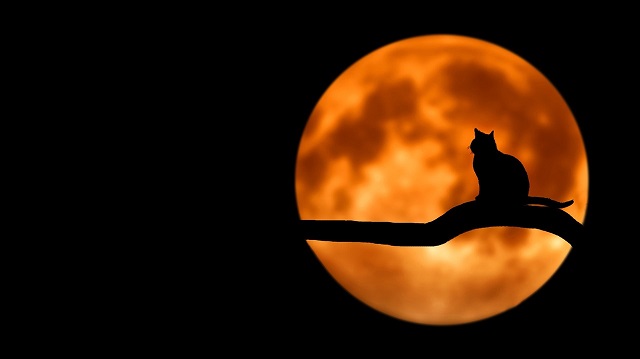 A Full Moon on a Friday the 13th: Here's What That Means for You

You'll have to wait another 30 years for this to happen again.

(SPOT.ph) Feeling lucky today? Well, think again: it's Friday the 13th. Together with black cats, mirrors, ladders, and other seemingly-mundane things and actions, the spooky date has been solidified as unlucky. Add the fact that a full moon will be lighting up the sky—a phenomenon that won't be happening again till 2049—and the (more-than-usual) havoc that payday causes on Metro Manila's streets, and we all might as well just stay home.

While Filipinos have our own share of superstitions, the fear of the number 13, Fridays, and full moons is spread across the globe, and putting them all together places this freaky Friday on a new level of superstition. BTW, a phobia of Friday the 13th exists, and it's called paraskevidekatriaphobia (or the equally confounding friggatriskaidekaphobia).

The number 13 has always had a bad rap for being unlucky. The history is hard to trace since it's a widespread belief, but the first instance of this superstition occurred with the Code of Hammurabi, one of the earliest known examples of a written law created in 1780 B.C. The code numbers laws from one to 282, but skips over the numbers 13, and 66 to 99.

According to the National Geographic, 13 is especially regarded as a bad number by Christians. Thirteen people partook of the Last Supper, which happened right before the crucifixion of Jesus Christ. Also, 13 just pales in comparison to its more "complete" neighbor: the number 12 (read: 12 disciples, 12 months, 12 signs of the zodiac etc.).

Plus, Friday also gets flak for being the day a lot of bad things happen. This day is believed to be when Eve and Adam ate from the forbidden fruit in the Garden of Eden, and also the day Cain murdered his brother Abel.

This spooky date still has the power to freak people out—especially with the added freaky factor of a full moon. Whether you're superstitious or not, you might want to keep your guard up. Silver lining though: at least our bank accounts are looking happier.