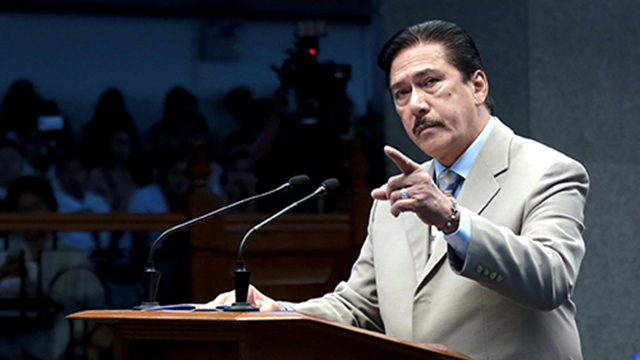 The latest from the Senator.

(SPOT.ph) Senator Tito Sotto dropped his latest Sotto-ism during discussions on the highly contested SOGIE Equality Bill on September 30, noting that he could not find the term "trans" in any dictionary. Sotto, who opposes the anti-discrimination measure authored by Senator Risa Hontiveros, was also quoted as saying, "We have studied this proposition already, there is no need for it. It is a redundancy," in a report by ABS-CBN News.

A quick Google search shows multiple entries in the Oxford English Dictionary and Merriam-Webster. According to the Oxford English Dictionary (OED), a "transgender person" is someone "whose sense of personal identity and gender does not correspond to that person's sex at birth, or which does not otherwise conform to conventional notions of sex and gender." Even those on Twitter were quick to respond with their own search results.

The Merriam-Webster defines the adjective "transgender" as being a person whose gender identity differs from the sex the person had or was identified as having at birth." The first recorded use of the word was in 1974—a full four decades ago and more—notes the online dictionary. Merriam-Webster also has entries defining "trans woman" and "trans man."

It is also preferred that "transgender" is never used with an "-ed" or with an "-ism." Also, some people prefer transgender over transsexual—which is an older term—so it's best to ask which one a person wants, plus the pronoun that he/she/they prefers.

The AKBAYAN Youth also replied to the senator, with secretary-general
Justine Balane noting that "He may want to look up the meaning of
'transphobia' next to check if his eyesight is okay," in their official statement. According to them, the statement continues to "dehumanize" trans people, especially in light of the recent death of a transgender woman in Pangasinan early this September.