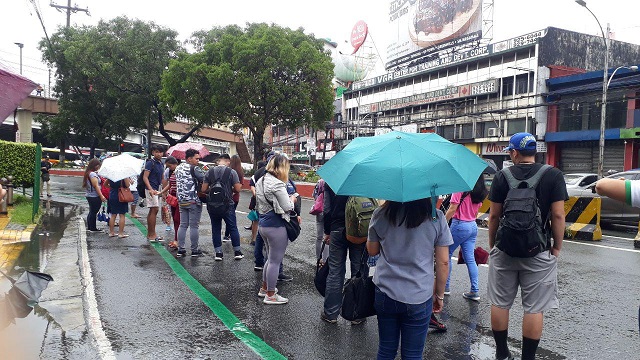 Is There or Isn't There a Transport Crisis?

Either way, people are tired of the current state of traffic in the Metro.

(SPOT.ph) So Presidential Spokesperson Salvador Panelo finally deigned to join the common folk for the rush-hour commute morning of October 11—and after a grueling travel that nearly took four hours, still stood by his claim that there is no transport crisis. "Mayroong traffic crisis pero hindi transportation crisis. Kasi when you say transportation crisis [ibig sabihin] wala ka ng (sic) sinasakyan, paralyzed ang buong traffic,” he explained, as quoted in a report by ABS CBN News.

Both the Metropolitan Manila Development Authority traffic czar Bong Nebrija and the Department of Transportation secretary Arthur Tugade have refused to call it a "transport crisis," in the same vein as Panelo.

Semantics aside, one thing's for sure: moving around in Metro Manila has reached new levels. Whatever you want to call it, it's clear people are tired.

Adventurer Savvy Seasoned City Life Traffic Leni Robredo Salvador Panelo Government
Your Guide to Thriving in This Strange New World
Staying
In? What to watch, what to eat, and where to shop from home
OR
Heading
Out? What you need to know to stay safe when heading out