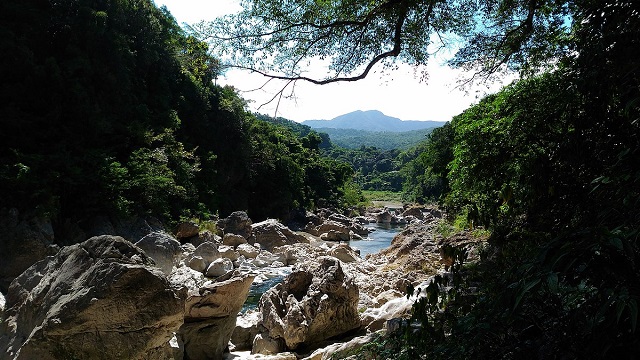 Kaliwa Dam Is Close to Happening; Here’s What You Should Know

The project has been pushed by the President himself.

(SPOT.ph) The mighty Agos River in Quezon province, which flows between the municipalities of General Nakar and Infanta from the Polillo Strait, splits into two smaller rivers: Kaliwa and Kanan. It is this peaceful river system that is the planned site of the Kaliwa Dam project, a controversy that is nearly half a century old. Differing factions have argued the risks and benefits of the dam since the 1970s, and now it seems the project is finally coming to a head.

“Between your concerns and the crisis that we are trying to avoid, I will use the extraordinary powers of the presidency [to push the project forward]," said President Rodrigo Duterte regarding the Kaliwa Dam project, in a report by CNN Philippines. Several protests, centered on environmental and human rights issues, have hit the project and continuously pushed it back—none more so than the claim of the people of the Dumagat-Remontado indigenous group, who say that the dam will affect their hold over their ancestral domain in the lands of Quezon.

Despite the issues presented by various groups, an Environmental Compliance Certificate was issued by the Department of Environment and Natural Resources to the Metropolitan Waterworks and Sewerage System in October 2019. This certificate is essentially a greenlight for the project, and was issued after the project’s proponents submitted a “comprehensive study of the significant impacts of a project on the environment,” according to a PhilStar report. The certificate can be cancelled if the proponents do not comply with the department’s provisions.

This Environmental Compliance Certificate (ECC) is one of two main requirements for the Metropolitan Waterworks and Sewerage System (MWSS) to officially start the Kaliwa Dam project, the other being the “free prior and informed consent” of the indigenous people whose lands will be affected. According to their website, the MWSS is working with the National Commission on Indigenous Peoples in both Quezon and Rizal provinces to lead talks with the people.

The Commission on Human Rights has pointed out that “[the] right to free consent implies equally the right to dissent,” according to spokesperson Jacqueline Ann de Guia, in a report by GMA News Online. “If indigenous peoples are clearly opposed to a particular project, their decision should be respected and they should continue to benefit in the same way as other people from State benefits, development plans and services,” she added.

The people of the Dumagat-Remontado indigenous group already expressed their opposition to the project once in 2009, when the San Miguel Corporation picked up the controversial project—followed by the conglomerate dropping it for undisclosed reasons. They and various groups have continued the fight against the now-progressing project. The STOP Kaliwa Dam Network has put up a petition online asking President Duterte to halt the dam’s progress, arguing that it will displace around 5,000 indigenous peoples, is environmentally unsustainable, and “will entail an unnecessary 10.37 billion-peso loan from China.”

Kaliwa Dam will be funded through a loan from China under the New Centennial Water Source Project, officially launched in 2017, but has been in the works since the Marcos dictatorship. This New Centennial Water Source Project (NCWSP) was supposed to result in construction of both the Kaliwa Dam and Laiban Dam in Tanay, Rizal. These projects were expected to alleviate Metro Manila’s dependence on Angat Dam, but the government has officially decided to go with the Kaliwa Dam alone as, according to the MWSS Administrator Reynaldo Velasco, the Laiban Dam would displace around 4,800 families, while Kaliwa Dam would displace only 46 families.

The planned 60-meter dam has been seen to submerge parts of General Nakar and Infanta in Quezon Province, but the MWSS said they would deal with the issue of resettling those affected. Kaliwa Dam is expected to augment Metro Manila’s daily needs as it will provide 600 million liters of raw water every day. And with the ongoing water supply shortage that has been on and off since the start of 2019, President Duterte has said, "It might create some danger or damage, but that is not my concern. My concern is the welfare, the greatest good for the greatest number. That is democracy."

So far, no concrete timeline has been slated for the dam’s construction. As of September 2019, the MWSS website states that only talks with landowners and the affected people have been ongoing. But in the midst of a continuing water shortage in the Metro, no one can say for sure whether the benefits of Kaliwa Dam outweigh the risks.