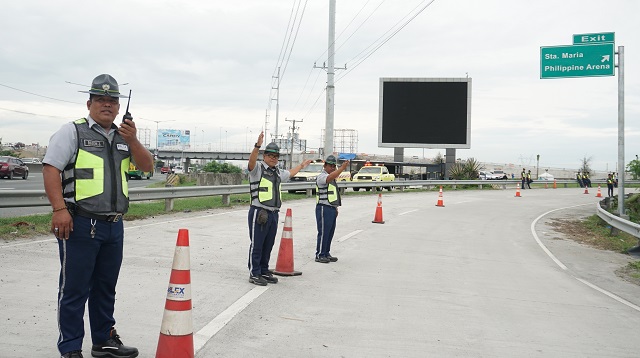 Heads Up, Motorists: Here Are NLEX's Traffic Schemes for the SEA Games

Covering the November 30 opening ceremonies and the rest of the sporting events.

(SPOT.ph) At this point, traffic is a much a part of daily life. But with the upcoming Southeast Asian Games, traffic is threatening to take over entirely. If you use the North Luzon Expressway, where a big chunk of the action will be held, then listen up: the highway's management has released their plans to mitigate congestion during the South East Asian Games (SEA Games).

During the November 30 Opening Ceremonies:

Convoys of SEA Games participants heading to the Philippine Arena in Bulacan, where the opening ceremonies are set, will be given priority on the North Luzon Expressway (NLEX). A stop-and go scheme will be implemented at the EDSA Balintawak cloverleaf and the Balintawak Toll Plaza.

There will be no truck ban along the main thoroughfare during the SEA Games opening, but a truck ban will be implemented in the municipalities of Bocaue, Marilao, and Sta. Maria in Bulacan from November 29 to 30. NLEX management has prepared for the rerouting of these trucks, according to a statement.

During the rest of the SEA Games:

There are 30 sporting events slated in Clark, Tarlac, and Subic from December 1 to 11. During this time, official SEA Games convoys will have assigned lanes at the Clark South, Clark North, Bamban, San Miguel (Hacienda Luisita), and Tipo toll plazas. Construction and road works along NLEX and the Subic–Clark–Tarlac Expressway will be put on hold unless absolutely necessary.

Patrol crews and emergency incident response teams will be on heightened alert during the games. Traffic around the major hubs of the New Clark City, Subic Bay Freeport Zone, and Philippine Arena will be monitored closely.

“We assure all athletes, officials and spectators from abroad, as well as our fellow Filipinos, that they will enjoy smooth traffic flow and security at the NLEX and SCTEX for the duration of the Games,” said NLEX President J. Luigi Bautista in a statement.

Adventurer Savvy Seasoned North Luzon Expressway Nlex Sea Games Southeast Asian Games Traffic Advisory Traffic Advisory City Life
Your Guide to Thriving in This Strange New World
Staying
In? What to watch, what to eat, and where to shop from home
OR
Heading
Out? What you need to know to stay safe when heading out