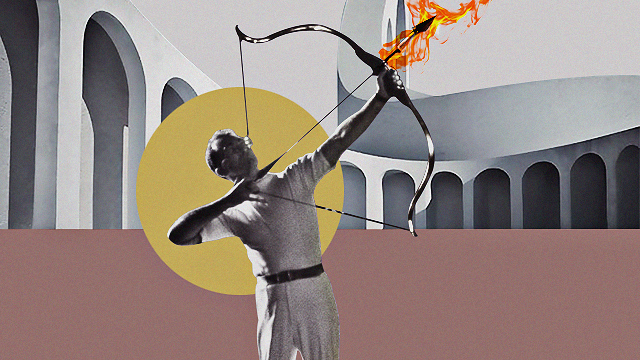 Excited to see how the gintong kaldero will do?

(SPOT.ph) It’s finally happening. The official opening ceremony of the 30th Southeast Asian Games is today, November 30, at the Philippine Arena in Bocaue, Bulacan. The program starts at 7 p.m. but aside from the Athlete’s Parade—where representatives from 11 nations are set to march—and performances by the likes of apl.de.ap, KZ Tandingan, and Elmo Magalona, everything else is hush-hush. We do know that Senator Manny Pacquiao will be joined by fellow boxing champ Nesthy Petecio to light the golden cauldron in the New Clark City in Capas, Tarlac; how that will be done from a province away is another mystery.

Despite all the questions, we’re all excited to see what tricks and secrets the organizers have up their sleeves. To get us in the festive mood, we round up all the cool ways a torch has ever been lit for an international competition; from the Olympics to the Southeast Asian Games (SEA Games), this symbolic act is what sets the tone for each competition, so we can’t wait to see tonight’s edition.

Here are 10 cool ways a torch has been lit for an international competition:

The cauldron for the 1992 Olympics in Barcelona was set ablaze by a single arrow from the bow of paralympic archer Antonio Rebollo. No fancy theatrics here, just pure skill as Rebollo’s arrow flies smoothly in the dark, igniting the gas from the cauldron. It’s been decades since 1992, and we’re yet to see the epic simplicity of this torch lighting again.

Who can forget the image of legendary boxer Muhammad Ali bearing the Olympic torch more than three decades after he first dominated the 1960 competition? The torch was handed to him by Janet Evans, American gold-medalist in swimming, and for a few precious seconds, as Ali held the torch proudly, the entire stadium bursts into cheers.

The 2000 Olympics marked the first 100 years of women in the competition, so it made perfect sense that the task of lighting the cauldron would be done by a woman. Sprinter Catherine Freeman—the first Australian of aboriginal descent to win an Olympic gold medal—stood in a pool of water before lighting a ring of fire around her with the Olympic flame. The ring then flew up, along with cascading waters, to light the cauldron above.

The Olympics were first held in Greece nearly three whole millennia ago, so it's no suprise the country went all out for this opening ceremony. Sailor Nikolaos Kaklamanakis was given the honor of lighting the cauldron—or in this case, a massive torch—which swung down to greet the athlete. The flame was slowly carried back up to signify the start of the games, as fireworks lit up the sky.

It doesn’t get more "extra" than a man on a horse emerging from a giant jewel-like platform to light a gigantic gyroscope-slash-cauldron. The Asian Games torch relay ended with Mohammed bin Hamad bin Khalifa Al Thani, captain of the Qatar equestrian endurance team, riding a steed up a steep slope in the middle of a stadium, where the cauldron rose up to greet the 50,000 or so spectators. It was a pretty impressive start, indeed.

The world is still buzzing about the 2008 opening ceremonies held in the specially made “Bird’s Nest” stadium—and the torch lighting stood out as well. Retired gymnast and gold-medalist Li Ning was suspended in the air as he held the torch bearing the Olympic flame, and did a full lap around the ceiling of the massive arena.

Despite a glitch—the fourth “ice crystal” did not deploy—the indoor winter wonderland setting definitely gave this torch lighting an edge. Skier Nancy Greene Raine, ice-hockey player Wayne Gretzky, basketball player Steve Nash were able to light their respective columns, which rose from the platform to join in an intricate cauldron, but speed-skater Catriona Le May Doan had to wait until the closing ceremony when the glitch was fixed before she alone relit the flame.

The opening ceremonies of the 2012 Olympics in London was filled with cool acts from well-known faces—from the likes of Rowan Atkinson and Daniel Craig—but the lighting of the Olympic was not done by a famous British athlete (though David Beckham participated, of course). Instead, the 205 copper petals, each representing a competing nation, were lit by a group of seven young athletes in a symbolic gesture of hope for future generations.

The Marina Bay was transformed into the setting for a massive pyrotechnics show during the lighting of the torch for the 2015 SEA Games. The torch relay passed over the bay in tiny, well-lit boats before the flame was passed on to the hands of Fandi Ahmad, a Singaporean footballer, and his son, Irfan, who was set to compete in the games. They lit the towering cauldron together, triggering a spectacular chain reaction of fireworks all over the bay.

The opening ceremonies of the most recent run of the SEA Games in Malaysia will be pretty tough to beat. Malaysia's best athletes took turns bringing the flame to the cauldron, which lifted off the stadium platform. Diver Nur Dhabitah Sabri was chosen for the honor of lighting the cauldron, and she quite literally flew off the ground to complete the important task.