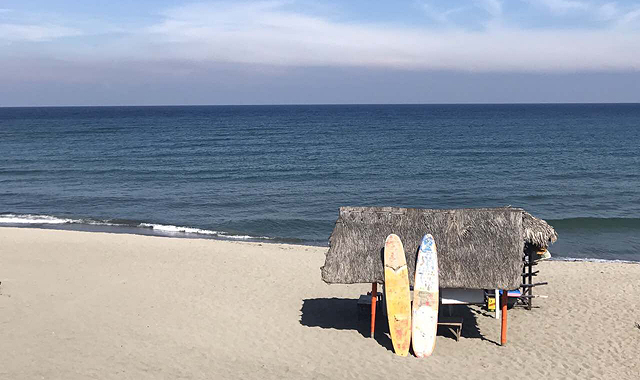 (SPOT.ph) Surfing was one of the big sports events that debuted at the recently concluded 30th Southeast Asian Games. From December 2 to 8, surfers from six nations battled it out amid 10-foot waves at Monaliza Point in San Juan, La Union. The Philippine team got a total of six medals, including a gold by La Union-based Roger Casugay (who was regarded a hero after assisting Indonesian longboard master Mencos Cosomen in the middle of the semifinals competition). This big win means a lot not only for the sport, but also for local tourism in the "Surfing Capital of the North" and the many surf spots spread out across the country. And it's the perfect opportunity to petition for a coal-free Philippines—as shown by a five-minute video released through Soul Surfer's Podcast and by members of the La Union Surf Club.

The clip weaved together amazing scenes from the Southeast Asian Games' (SEA Games) surfing event, with statements from La Union locals on how a planned 670-megawatt coal-fired power plant in the neighboring municipality of Luna—just 20 kilometers away from San Juan—can affect the whole province. It is set to stand on "a 41-hectare [piece of] land covered by thick vegetation and flanked by coral," according to the clip. Luna is also right next to Bacnotan, which is another premiere surf spot in La Union.

Local surfers, including SEA Games bronze medalist Daisy Valdez and silver medalist Jay-R Esquivel, shared their concerns about the long-term impact of the coal-fired power plant—from the destruction of natural resources to health issues that would eventually plague the residents.

The footnote of the clip explained that the coal-fired power plant "can drain up to 111 million liters of seawater and dump it all back into the ocean." Marven Abat, another local surfer, couldn’t have said it better: "Isang dagat lang 'yan. Isang agos lang niyan papunta sa 'tin, wala na, tapos na tayo.”

On March 11, the San Juan municipal council banned the construction, development, and operation of coal-fired power plants within the municipality through an ordinance authored by Councilor Miguel Corleone Magsaysay.