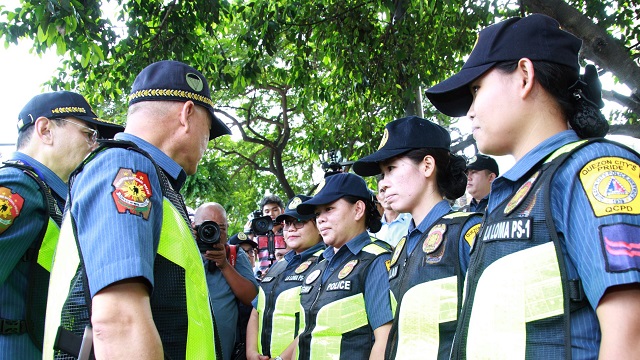 Yay or Nay: The PNP Is Thinking of Establishing "Chinese Desks"

Kidnappings involving Chinese nationals are reportedly on the rise.

(SPOT.ph) Remember the video of a Chinese woman being kidnapped along Paseo de Roxas in Makati that went viral early in December 2019? Well, it seems like there is a rising trend of similar incidents, as the Philippine National Police has noted that the number of kidnapping incidents involving Chinese nationals are on the rise, according to a Philippine Daily Inquirer report. To address the issue, the Philippine National Police (PNP) wants to put up "Chinese desks."

"We will be establishing Chinese desks and cross training on language and culture," said newly designated PNP Chief Archie Gamboa in a report by GMA News Online. "[Para] mas maintindihan natin why they are doing this and how they are going to do it," he added.

Aside from the desks and training, the chief wants both Philippine and Chinese governments to create a technical working group. This group will be in charge of finding out more about the whos, whats, wheres, whys, whens, and hows crimes involving Chinese nationals.

The Chinese government has also initiated visits and specialized schooling, added Gamboa, while PNP personnel have even been sent to China. All this, "so that we understand more their culture and how their syndicates do their thing in China, probably the same thing they do here in the Philippines," Gamboa was quoted as saying in the same report by the Philippine Daily Inquirer.

The upward trend of crimes involving Chinese nationals follows the rise in Philippine offshore gaming operations, noted the PNP. While the "Chinese desks" and specialized training are in the works, the PNP will coordinate with the Chinese police attache assigned to the Philippines.