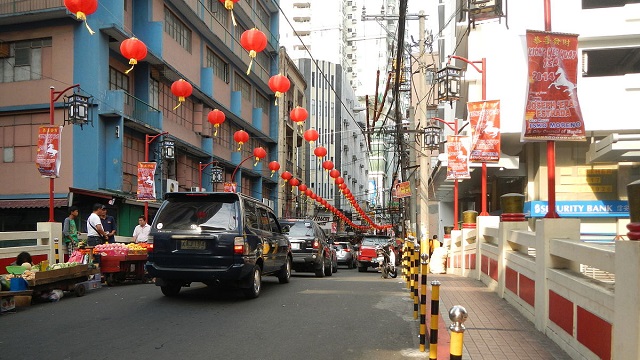 Heads Up Motorists, Several Manila Roads Will Be Closed for Chinese New Year

There's going to be a concert on the 24th and a parade on the 25th.

(SPOT.ph) The Chinese New Year is fast approaching, and though we aren't horoscope experts, we do foresee a lot of tikoy heading your way. Take note of the official traffic advisory for the Chinese New Year celebration in the City of Manila. Several roads will be closed at different times on Friday, January 24 while a stop-and-go scheme will be implemented during a parade on Saturday, January 25.

A concert at Plaza San Lorenzo Ruiz in Binondo, Manila and a fireworks show is scheduled for the evening of January 24. Roads will be closed from 5 p.m. onwards to make way for the concert, while both lanes of Jones Bridge from Escolta Street to Magallanes Drive will be closed from 10:30 p.m. due to the fireworks display.

Roads to be closed off starting 5 p.m. are:

Motorists who need to cross over Pasig River are advised to take alternate routes, such as the McArthur Bridge to get to their destination. The Manila Police District noted that the roads may be opened and closed to vehicles depending on the flow of traffic.

A Chinese New Year Parade is scheduled for 1 p.m. on Saturday, January 25. The route will start from the Manila Post Office and end at Lucky Chinatown Mall in Binondo, according to the Manila Police District (MPD) advisory.

The MPD advises motorists heading to Binondo to pass through the McArthur bridge instead of the Jones Bridge. While no road closures have been announced for the parade, a stop-and-go traffic scheme will be implemented throughout the festivities.

Adventurer Savvy Seasoned Manila Traffic Advisory Advisory City Life Manila Police District Mpd Government
Your Guide to Thriving in This Strange New World
Staying
In? What to watch, what to eat, and where to shop from home
OR
Heading
Out? What you need to know to stay safe when heading out