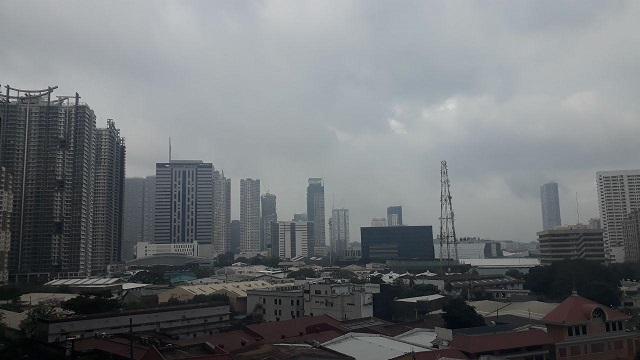 There's an Explanation for the "Fog" That Blanketed Metro Manila Today

According to a meteorologist.

(SPOT.ph) If you're a little confused—and slightly worried—of the haze that covered Metro Manila today, January 24, well, there's an explanation for it. To put it simply, stagnant winds over the city mixed with light rain and gave it that haze-like appearance, according to Dr. Gerry Bagtasa of the University of the Philippines Institute of Environmental Science and Meteorology, in a report by ABS-CBN News.

The view was definitely eerie enough to get anybody's hair on end, and be more than a little worried about the possibility that the haze was connected to the ongoing Taal Volcano eruption. "It has nothing to do with Taal [and] it's not fog either; Air is currently stagnant because of opposing winds over Metro Manila," said Dr. Bagtasa in the report. "High humidity [or] light rain gives it the appearance of fog," he added.

On his Twitter account, Dr. Bagtasa further explained that the stagnant air is caused by two winds colliding. Recorded winds speeds were also quite low over Metro Manila. "High humidity (there's drizzle) results in particulates being coated with water, which further reduces visibility. This gives the appearance of fog," he added in the Twitter thread.

It may be one of the rare times the Metro has experienced this haze, but the professor also advised people to "refrain from outdoor activities, stay indoors, and keep safe!"