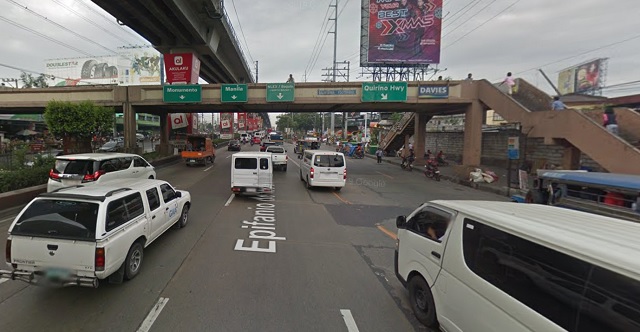 (SPOT.ph) Oo, ikaw na naman mag-a-adjust. Three different lane closures near the Balintawak Interchange have been announced by the Metropolitan Manila Development Authority—just in time for Valentine's Day weekend! Two of the closures are slated to last until March 5, while one is scheduled nightly from February 22 to February 29. The adjustments are being made for the Skyway Stage 3 (not your S.O.) so take note:

One lane along EDSA Balintawak northbound towards the North Luzon Expressway will be closed to traffic starting 11 p.m. tonight, February 14 until March 5. A vertical bridge support will be put up under the EDSA bridge for the Skyway Stage 3.

"Light vehicles going to [North Luzon Expressway (NLEX)] and Monumento may take the Balintawak Interchange ramp going to Cubao and take the U-turn slot after Cloverleaf Market going to NLEX," said the Metropolitan Manila Development Authority (MMDA) in their statement.

Two lanes along EDSA Balintawak southbound will be closed starting 12 a.m. on Sunday, according to a report by Inquirer.net, and will also end on March 5. An interconnection tower will be erected on top of EDSA Bridge, said MMDA in their statement.

Cars coming from Monumento heading south of the Metro can turn right to A. De Jesus Street, left at C-3 road, then head to their destination. Both these closures will last for 21 days.

A. Bonifacio Avenue to NLEX

Construction will also affect lanes along A. Bonifacio Avenue to NLEX. One lane heading north and two lanes heading to Manila will remain open to traffic every night, from 11 p.m. to 8 a.m., starting February 22 to February 29.

The MMDA advises motorists to use these routes instead:

Savvy Seasoned Traffic Mmda Metropolitan Manila Development Authority Advisory Nlex North Luzon Expressway Balintawak
Your Guide to Thriving in This Strange New World
Staying
In? What to watch, what to eat, and where to shop from home
OR
Heading
Out? What you need to know to stay safe when heading out