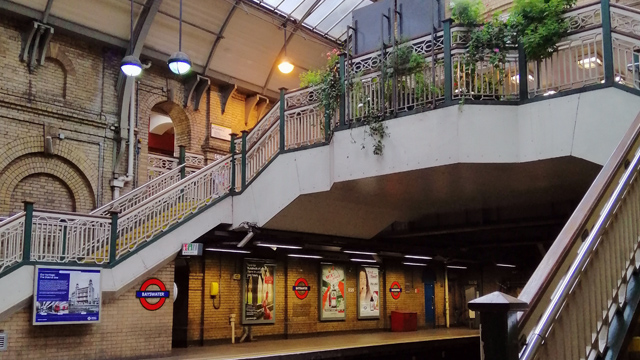 Who knew a rodent fight could look so romantic?

(SPOT.ph) We know it's sometimes tempting to narrate your experiences commuting in Metro Manila à la nature documentary (read: "Ah yes, and here we observe the Metro's commuter in its natural habitat, squeezed like a sardine into the MRT-3.") And it looks like the London Underground is no exception to the term "urban jungle," either. "Station Squabble," a cheeky shot of two mice fighting for a crumb of food in a London Subway station has won its photographer, Sam Rowley, the Wildlife Photographer of the Year's LUMIX People's Choice award for 2019.

Nope, the two mice aren't dancing the tango—they're fighting for survival. The Bristol-based wildlife photographer spent five nights in the London Tube trying to catch the split-second moment as two rodents fought over a single crumb, according to a report by BBC.

But in case you're wondering why the Bristol-based wildlife photographer chose to capture such an everyday, seemingly inane moment—we know we were—he pointed out that these mice "are born and spend their whole lives without ever even seeing the sun or feeling a blade of grass. On one level, it's a desperate situation: running along gloomy passages for a few months, maybe a year or two, and then dying. And because there are so many mice and so few resources, they have to fight over something as irrelevant as a crumb," Rowley was quoted as saying in the report.

As part of London's National History Museum's international photography competition, the picture gathered around 28,000 votes to win the poll. It beat out a couple other crowd favorites, which were given the title of "Highly Commended." Check them out below:

In the image, The Surrogate Mother, Martin Buzora captured a tender moment between a rhino called Kitui and ranger Elias Mugambi at Lewa Wildlife Conservancy in Kenya, a sanctuary that cares for baby rhinos.@LumixUK #WPYPeoplesChoice @NHM_WPY #HighlyCommended pic.twitter.com/VHERyj2rQ4

Aaron Gekoski's image, Losing the Fight, highlights how orangutans are used in degrading performances that continue to this day. pic.twitter.com/ejrRQ1NjTj

Michel Zoghzoghi was in Brazil photographing jaguars when his image, Matching Outfits, was captured. He was mesmerized as a mother and cub dragged an anaconda from the water, with the trio sporting very similar patterns.@LumixUK #WPYPeoplesChoice @NHM_WPY #HighlyCommended pic.twitter.com/FcdZTA5lz8

Last but by no means least, Spot the Reindeer by Francis De Andres also caught the attention of @LumixUK #WPYPeoplesChoice voters.

How many reindeer can you spot camouflaged against the snowy backdrop of Svalbard?@NHM_WPY #HighlyCommended pic.twitter.com/DVBnBCqHeb

Adventurer Savvy Seasoned Science Photos
Your Guide to Thriving in This Strange New World
Staying
In? What to watch, what to eat, and where to shop from home
OR
Heading
Out? What you need to know to stay safe when heading out