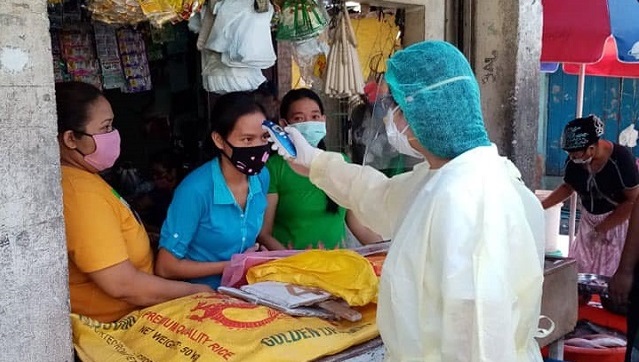 Cases in Quezon City account for a large part of the current total of 707.

(SPOT.ph) Quezon City has reported 10 more COVID-19 cases, bringing the total to 97—accounting for around a seventh of the current 707 cases nationwide. Nine patients have recovered while 14 have passed away; around 300 more individuals are under investigation or monitoring in Quezon City. Certain areas in 14 barangays are now under extreme enhanced community quarantine. A lot has happened since the local government confirmed the first COVID-19 patient less than two weeks ago on March 15, and it seems the worst is yet to come.

Possible hotspot for the disease

Quezon City is home to more than a third of the total slum areas in Metro Manila, according to 2015 World Bank data. This means that a large chunk of people live in densely packed areas—some without access to soap, water, and other basic necessities. The required two-meter space between people and other social distancing measures are near impossible, as pointed out by a Philippine Center for Investigative Journalism report.

Though Quezon City is not the most packed city in Metro Manila, it is the largest and most populated one. Around 2.9 million people live in this 175.33-square-kilometer area—from the edges of Ortigas all the way to Greater Lagro in Novaliches. The largest clusters of informal settlers are located in Batasan Hills and Payatas.

There are 15 government hospitals in Quezon City, according to the Philippine Center for Investigative Journalism (PCIJ) report. One wing—containing 40 beds—of the Lung Center of the Philippines has already been dedicated for COVID-19 patients. Fifty-one of the 66 hospitals in the city are privately-owned.

Around 2,000 COVID-19 tests have been conducted nationwide—but it seems the rules as to who gets tested have been a little murky. A few "VIPs" have made direct requests to the Research Institute for Tropical Medicine for their tests, said Department of Health Secretary Francisco Duque. Meanwhile, almost half of COVID-19 patients have died even before receiving their test results.

People online have been giving the Quezon City administration flak—to put it mildly—for their response to the pandemic. Several reports of COVID-19 patients being sent home to recover from their symptoms—some of whom live in the urban poor communities and one a kidney dialysis patient—and even "missing" patients have drawn ire.

Quezon City has also set up field hospitals in government facilities, as well as temporary shelters and isolation tents in several areas—but not all barangays have been able to equip themselves or been given the same resources. Both public and private facilities have been turned into housing for frontliners. A liquor ban has also been imposed in the city until the quarantine is lifed.

Meanwhile, the Baesa Crematorium has been designated for the fatalities of COVID-19. The scenes at this crematorium are grim. For many, the deaths caused by COVID-19 have been received as statistics and hard data—but for some, these numbers represent a loved one lost to a strange disease.

Infections are most easily spread in overcrowded areas where people do not have access to basic sanitation. With the sheer number of people—and especially the congested urban poor communities—in Quezon City, the battle against COVID-19 does not begin at hospitals, but among the people themselves, notes the PCIJ report. The report adds, "Protecting these communities means protecting everyone else."

Adventurer Savvy Seasoned Quezon City Government Covid-19 Government New Normal Opinions
Your Guide to Thriving in This Strange New World
Staying
In? What to watch, what to eat, and where to shop from home
OR
Heading
Out? What you need to know to stay safe when heading out