Testing Kit by University of the Philippines Soon To Be Available
Loading
Already a member? Log in
No account yet? Create Account
Spot.ph is your one-stop urban lifestyle guide to the best of Manila. 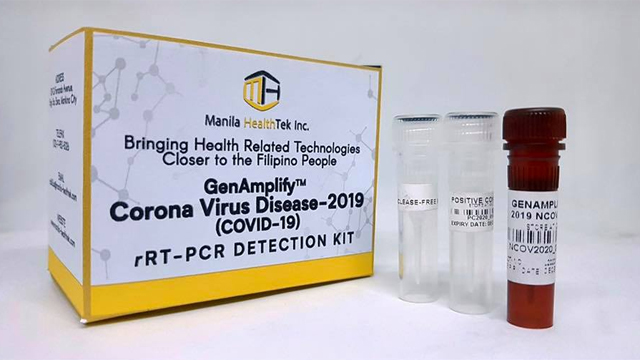 Field validation for the kits is set to be completed on April 1.

(SPOT.ph) The World Health Organization has said time and again that the number-one way to combat the continuous spread of COVID-19 across the globe is: "test, test, test." South Korea, which has more than 9,000 positive cases to date, is regarded as the model when it comes to following the mass-testing protocol with up to 20,000 people being tested every day for free. The Philippines will hopefully follow suit as testing kits developed by the University of the Philippines National Institutes of Health are scheduled to complete field validation on April 1.

In an update by Department of Science and Technology Secretary Fortunato de la Peña, he explained that the Food and Drug Administration is expected to issue the Certificate of Product Registration for the local testing kits on April 3 should the University of the Philippines National Institutes of Health (UP-NIH) complete the requirements for certification on April 1. Up to 1,300 testing kits, which is good for 26,000 tests, will be manufactured by The Manila HealthTek Inc. and will be distributed to the Philippine General Hospital, Makati Medical Center, The Medical City, Vicente Sotto Memorial Medical Center, Southern Philippines Medical Center, and Baguio General Hospital. This field implementation is funded by the Department of Science and Technology (DOST) and the UP-NIH.

Covid-19 News Covid-19 Department Of Health University Of The Philippines Department Of Science And Technology Adventurer Savvy Seasoned New Normal Opinions
Your Guide to Thriving in This Strange New World
Staying
In? What to watch, what to eat, and where to shop from home
OR
Heading
Out? What you need to know to stay safe when heading out