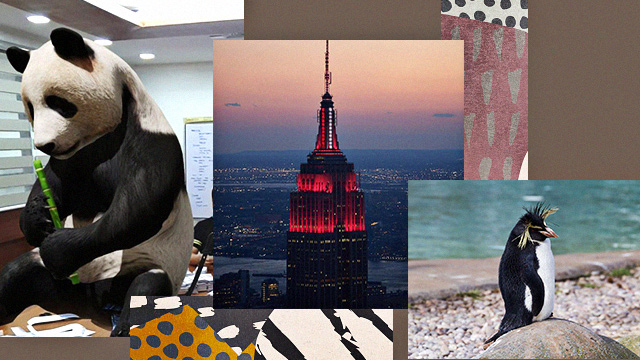 Need a break? Here's a reminder that not everything is bad.

(SPOT.ph) While there’s no way we can—or should—ignore the bad going on in the world amid the COVID-19 pandemic, that doesn’t mean the good should be pushed aside either. It can be easy to feel defeated by all the information that surrounds you, so if you need a bit of a pick-me-up, we got you covered. We round up 10 good news bytes that popped up against the dismal background of today’s headlines. It might serve as a reminder of good, and hopefully even spur some action from others.

Also read:
10 Actually Good Things That Happened in 2019
These Local Restaurants Are Helping Feed Frontliners
10 Filipino Brands That Are Helping in the Fight Against COVID-19

Jumpstart your faith in humanity with some good things that happened amid the quarantine:

Metro Manila air clears up during the quarantine

With nearly everyone staying at home during the quarantine, it appears the Metro had some time to, quite literally, freshen up. Data recorded by AirToday.ph showed that the number of air pollutants in Quezon City decreased by the first week of the quarantine alone. Air quality levels also went up all over the Metro, according to the Department of Environment and Natural Resources. This meant that everybody could see a nice, crisp blue sky—a much-needed silver lining amid the struggles of the quarantine.

Himalayas pop back into view in India

For the first time after World War 2, the Himalayan Ranges are visible from 230 Km away due to less pollution in lockdown! from r/interestingasfuck

And it looks like Metro Manila isn’t the only place that’s changing due to people staying at home. The lockdown implemented in India—which has a population of about 1.3 billion people—has also cleared up the air in certain areas. Folks in the city of Jalandhar, Punjab, woke up to a view older generations say hasn’t been seen in decades: The Dhauladhar mountains, part of the Himalayan chain of mountain ranges, from hundreds of kilometers away.

Hospitals have become the battleground against COVID-19—but a global shortage of protective equipment has left them practically weaponless. Ordinary people have stepped up to augment the dwindling supply. Adrian Pe, an Iloilo-based nurse and designer, led a project to create several kinds of personal protective equipment (PPE) while others have started 3D-printing or using ordinary materials to create face masks.

In the Philippines, several homegrown brands such as Penshoppe and Power Fashion Inc., Bayo Clothing Company’s mother company, have pledged and continue to use their own facilities to produce face masks and medical suits for frontliners. Other brands like Uniqlo Philippines have also pledged financial help or a portion of their sales to the fight against the disease.

Scientists prove why we all need to be research-crazy

Pinoy scientists also made a significant contribution with the COVID-19 testing kits developed at the University of the Philippines National Institutes of Health. These kits were already up for approval in February and the commercial use of this cheaper and faster alternative to imported kits will finally be allowed in April. The Department of Health and several other scientist-led initiatives have also put up trackers, explainers, hotlines and help desks, to relay correct and timely information to people.

Local restaurants have made sure our frontliners get nourishment

The food industry isn’t about to be left out, either. Several restaurants—from big chains like Max’s Group and Lugang Café to family-owned restos like Legaspi Village’s Green Bar—have stepped up and provided meals or snacks and drinks to show their support to medical staff in Metro Manila. There isn’t much we can give back, but these restaurants know that food is one of the best ways to show appreciation, Pinoy style.

One local government unit showed us the meaning of bayanihan

While several local governments around the nation have stepped up to take care of their people during the pandemic, one municipality in the Mountain Province took it one step further. Sadanga passed on provided food rations in order for the Department of Social Welfare and Development to give their portion to those who need it more. "Let the national government feed those more needy urban [poor] in the cities and those less fortunate in other areas who can't sustain themselves, while we sustain ourselves while we can," said municipal mayor Gabino P. Ganggangan on March 30.

In Metro Manila, several city Mayors also stood out thanks to their response to the people’s needs. The Twitterverse even took to #ProtectVico, Pasig City’s Mayor Vico Sotto, after he was singled out by the National Bureau of Investigation for allowing tricycles to operate in the city. Several other innovations in Pasig City were also praised online—and a good kind of “kopyahan” began between Mayor Rex Gatchalian of Valenzuela City and Sotto after the latter’s admin started a mobile palengke. Mayor Isko Moreno of Manila and even Mayor Kit Nieto of the nearby Cainta, Rizal also stood out, among others.

Penguins went on a field trip around their aquarium

Here’s a bit of cute news: Penguins over at the Shedd Aquarium in Chicago were given a tour around the closed aquarium. With mass gatherings banned all over Illinois and museums choosing to close temporarily, keepers at the Shedd aquarium decided it was the best time to let their rockhopper penguins loose. If the resulting videos of tiny penguins exploring a people-less aquarium doesn’t make you smile, then we don’t know what will.

All the ways people around the globe show gratitude for frontliners

We’re sure you’ve seen countless videos of people in balconies applauding and making noise to celebrate and thank the work of frontliners across the globe—and we hope there will be a lot more of these videos and efforts to come. In Pasay City, one condominium showed their appreciation to frontliners at the nearby Adventist Medical Center on April 1. Other countries have also shown support to their medical heroes. The Empire State Building in New York, U.S. lights up every night in red and white to honor their workers while #SGUnited, a campaign to encourage people to honor frontliners has also been initiated.

Adventurer Savvy Seasoned Tpc-000001 Science Environment Government New Normal Opinions
Your Guide to Thriving in This Strange New World
Staying
In? What to watch, what to eat, and where to shop from home
OR
Heading
Out? What you need to know to stay safe when heading out