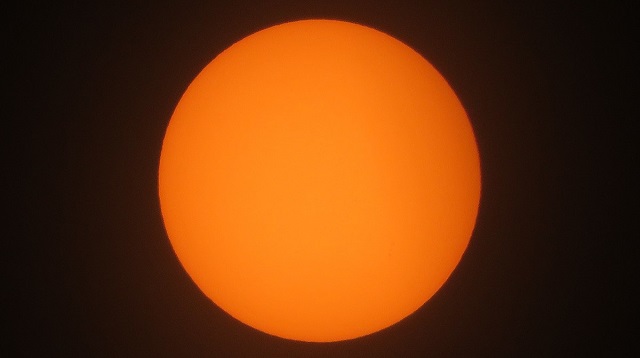 Fact Check Your Group Chats: PAGASA Says There Is No Equinox

The "equinox" may be fake but the heat certainly isn't.

(SPOT.ph) It's time to break down the doors of your group chats with some hard science. The Philippine Atmospheric, Geophysical and Astronomical Services Administration has laid down the facts behind a message circulating via messaging apps about some form of strangely timed equinox causing intense heat in the Philippines. We know you've seen it (we're looking at you, well-meaning but misinformed family messages). Allow us to summarize: There is no equinox, but the heat is very, very real.

The message being spread online points to an "equinox phenomenon" that will be raising up the heat for the next week, particularly at around 12 noon to 3 p.m. daily. While it's no lie that we've been experiencing hell-level temps in the past few days, it isn't because of an equinox, explains the Philippine Atmospheric, Geophysical and Astronomical Services Administration (PAGASA) on their official Twitter account. It just happens to be the time of the year that the temperature really goes up: the summer—we mean, hot dry season.

PAGASA also clarified that they have so far not yet recorded an actual heat wave. A heat wave means a jump in temperature that goes 5°C above the average maximum temp recorded for the past five days.

So what's the deal with this "equinox"? An equinox, by definition, is when the Earth is at a point in its orbit with the sun directly above the equator. With the sun aiming at the center, night and day are of equal length; "equinox" derives from a Latin term meaning "equal night." This happens only twice a year, explains PAGASA, once in March and again in September (we're in May, in case you needed a reminder). The phenomenon has no direct effect on weather, only the length of day versus night.

At the very least, the circulating message about the fake equinox has alerted people about the real, rising temps. PAGASA recommends drinking lots of water, wearing lighter clothes, staying indoors, or wearing protective gear when you go out. Remind your friends and family to avoid adding to the heat with hot beverages or physical activity when the sun is at its fiercest during the day. Stay safe and always fact-check, everyone!

Adventurer Savvy Seasoned Pagasa Science Fake News
Your Guide to Thriving in This Strange New World
Staying
In? What to watch, what to eat, and where to shop from home
OR
Heading
Out? What you need to know to stay safe when heading out