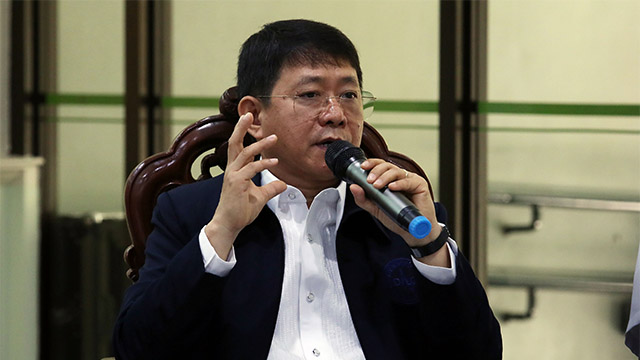 Councilor Arnel Moti Arceo was heard swearing at frontliners in a viral video.

Department of Interior and Local Government Secretary Eduardo Año called Pasay councilor Arnel Moti Arceo’s rant against frontliners at a testing site “excessive” in an interview with ABS-CBN News Teleradyo on Monday, May 25, adding that the councilor deserves to be sanctioned.

“Excessive ‘yung ranting niya kasi ilang beses siyang nagmura doon (His ranting is excessive because he cursed repeatedly),” said Año. He also said he believed the incident occurred because of miscommunication and “probably the wrong choice” of venue for testing. The matter, though, would be left to Pasay City Mayor Emi Calixto-Rubiano, he said.

Councilor Arceo was heard swearing in a viral video when he saw that COVID-19 testing for city hall employees was being conducted in a Pasay City session hall. The video was taken on May 19 by Arceo himself and posted on Saturday, May 23, but he did not know who posted it, he said.

“It is true that I cursed. But I just want to clarify that I did not curse anyone. This was an outburst of emotion. If my cursing was hard to listen to, that was my mistake. I shouted, yes, but what I felt because of what they were doing was a mix of shock, anger and fear,” Arceo said in an interview with Inquirer.net.

He later apologized to the health workers and said, “You will put the lives of the employees at risk. They will go [home] to their families. It’s not just City Hall that is at risk here [but] the whole city.”

Covid-19 Testing Pasay City Dilg Viral
Your Guide to Thriving in This Strange New World
Staying
In? What to watch, what to eat, and where to shop from home
OR
Heading
Out? What you need to know to stay safe when heading out