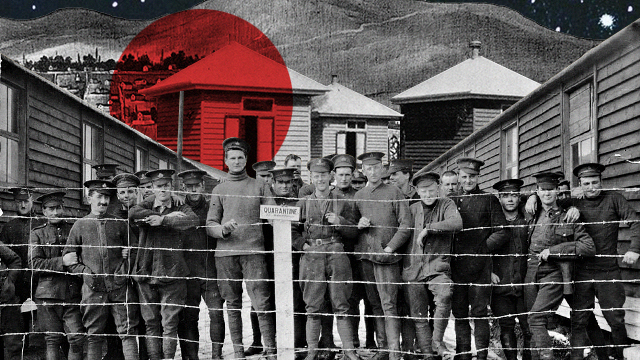 Longest Lockdown, Quaranta Giorni: The Story Behind the Practice of Quarantining

Did you know that this concept has been around since ancient times?

(SPOT.ph) A mysterious virus was reported by China to the World Health Organization on December 31, 2019. But it wasn't until January 23 that the country closed off 10 of its cities—including Wuhan—in an effort to stop the human-to-human transmission of what later became known as the SARS-CoV-2 virus. It's not rocket science, really. This concept of separating infected people from the supposedly healthy ones has been around for centuries, dating all the way back to biblical times. Check out how the concept of quarantine has evolved throughout history.

Also read:
10 Quirky Things People Have Been Doing in Quarantine
Here's What You're Most Excited to Do After the Quarantine
Community Quarantine: Scenes From Around the Philippines

Here are 10 interesting facts about how quarantine has been practiced around the world:

The earliest mention of some form of isolation was supposedly in the Old Testament of the Catholic Bible, specifically the book of Leviticus written in the seventh-century B.C. People with leprosy lived in isolation from the general public all their lives.

Quarantine as we know it didn't exist until the late Middle Ages, during the Black Death. The Bubonic Plague arrived in southern Europe in 1347 and spread rapidly in neighboring regions and killed a third of the continent's population. By 1377, officials at the Venetian-controlled Ragusa seaport (now Dubrovnik, Croatia) figured that one way to stop the disease from spreading was by requiring incoming ships to anchor for 30 days before docking. This policy was then called the "trentino," which was derived from the Italian word "trenta" or 30.

The number of days in isolation was later increased by 10 days, giving birth to the word “quarantine” from the Italian “quarantino” after "quaranta giorni" or 40 days.  According to a 2002 journal article published in Clinical Infectious Diseases, the reason for changing the isolation period from 30 days to 40 days was not entirely known. But there are a few theories on this: first, the shorter period still posed a risk for the plague so an additional 10 days was necessary. Second, the Christian observance of Lent is 40 days, which is a period of spiritual cleansing. Third, other biblical events happen within 40 days, including Moses' stay on Mt. Sinai, Jesus' stay in the wilderness, and the great flood. Fourth, the ancient Greeks believed that a contagious disease was infectious within 40 days of exposure.

The world's first known quarantine station was opened in the central lagoon of Venice at the start of the 15th century. This was located on the small island of Santa Maria di Nazareth (now called Lazzaretto Vecchio) where infected people were kept during the plague and lepers were isolated. Studies say that in the 16th century, around 500 people per day died on the island.

Some lazarettos or lazarets, named after the parable of Lazarus the beggar, around the world were used until the early 20th century.

As the second outbreak of the plague continued to ravage parts of Europe, the English monarchy set up their own quarantine measures. In 1663, all ships bound for London had to stay at anchor at the mouth of the Thames River for 30 days; but by 1664, this was increased to 40 days as the epidemic worsened. Still, the Great Plague of London persisted until 1666.

Quarantine Regulations in the U.S.

It wasn't until 1796 when quarantine legislation was enforced on a national level in the United States. Previously, these measures were implemented only in port cities.

Boston, for example, passed an ordinance requiring all arriving ships to pause at the entrance in 1647. New York did not allow people from entering the city during a smallpox epidemic in 1663. In the 1700s, towns and cities along the eastern seaboard passed quarantine laws that were enforced only during an epidemic. Massachusetts in 1701 required all individuals with contagious diseases to be "isolated in separate houses." Bedloe Island, now home of the Statue of Liberty, was used as a quarantine station in 1738 to stop smallpox and yellow fever from striking in New York. In 1799, Philadelphia—then the capital of the U.S.—built a quarantine station along the Delaware River at the height of the yellow fever epidemic.

When yellow fever broke out in the 19th century, health officials adopted the same measures used against the plague. But the cultural and social contexts were already different. Societies saw that the quarantine was also being used to stop political opposition and increase in police and military power. By the middle of the century, more scientists asserted that quarantine was useless in the fight against yellow fever since it's supposedly less contagious.

The outbreak of poliomyelitis in New York in 1916 saw forced separation of infected children from their parents. Those who can afford to keep their sick kids at home can do so, provided they have a separate room and access to private care.

Quarantining measures during World War I were also deemed questionable. From 1917 to 1919, American authorities incarcerated tens of thousands of prostitutes to stop the spread of venereal disease. According to PBS' Nova, historian Allan Brandt called this: "the most concerted attack on civil liberties in the name of public health in American history."

In 1986, Cuba imposed "mandatory quarantine" for citizens who tested positive for HIV. It wasn't until six years later that patients were allowed to go home as long as they spent eight weeks in a sanitorium.

Tpc-000001 Quarantine Adventurer Savvy Seasoned Longform
Your Guide to Thriving in This Strange New World
Staying
In? What to watch, what to eat, and where to shop from home
OR
Heading
Out? What you need to know to stay safe when heading out