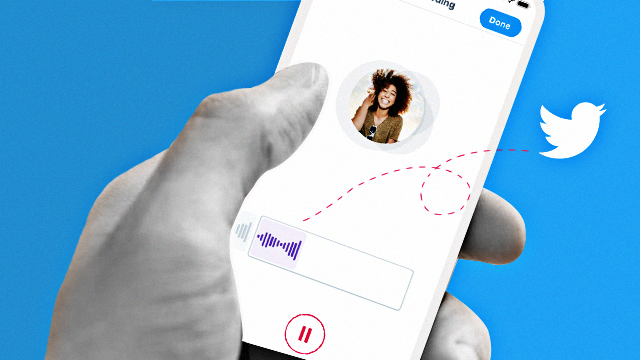 Brace Yourselves: Twitter Wars Are About to Get Loud

A new feature that lets you tweet a voice message is being tested.

(SPOT.ph) Twitter is testing a new feature that may give rappers and professional ranters one heck of an edge: Voice tweets. Essentially, the new way to tweet works exactly like a voicemail on the landlines of yore—except, of course, that it's on Twitter and a whole lot more people will get to hear what you have to say. The new feature began rolling out to selected iOS phones on June 17, as announced on the social platform's blog, though all users will be able to listen to a voice tweet if they scroll by one.

To create an audio tweet, just click on the wavelength icon after entering the composing page. Your profile photo and a record button will pop up; press that and you can get right to telling your story. Each audio tweet will record up to 140 seconds of audio. If you have more to say, a new voice tweet will automatically pop up to create a thread.

There's no word yet on how many iOS users will be part of the initial test group, "but in the coming weeks everyone on iOS should be able to Tweet with their voice," said Twitter's Maya Patterson and Rémy Bourgoin—staff product designer and senior software engineer, respectively—on the blog entry. There was no mention whether this feature will be rolled out to Android devices or not.

"Sometimes 280 characters aren’t enough and some conversational nuances are lost in translation," they wrote. The new feature, they pointed out, could be used by journalists, at protests, or just to share a light moment. "We can’t wait to see how people will use this to make their voices heard and add to the public conversation." Fingers crossed all users will be able to use the feature soon!

Adventurer Savvy Seasoned Twitter Social Media
Your Guide to Thriving in This Strange New World
Staying
In? What to watch, what to eat, and where to shop from home
OR
Heading
Out? What you need to know to stay safe when heading out