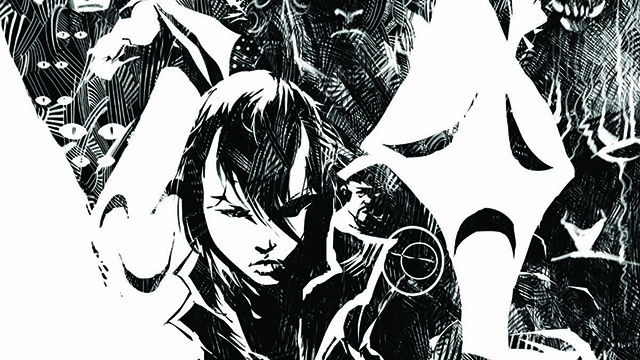 New Volume of Filipino Graphic Novel Trese to Be Distributed by U.S.-Based Publisher

The volume will feature new illustrations and behind-the-scenes sketches.

(SPOT.ph) Mysterious events, supernatural beings, a gritty setting—incredibly imaginative world-building and fascinating characters are things that Budjette Tan and Kajo Baldisimo have shown they have a very good handle on, thanks to the groundbreaking graphic novel Trese. The series of comics has already earned a loyal following aside from racking up recognition, including Best in Graphic Literature at the National Book Awards, which it has won three times. It’s also being adapted into an anime series by Netflix. Now, Portland-based ABLAZE Publishing has announced that it will be releasing TRESE Vol 1: Murder on Balete Drive worldwide in September.

TRESE Vol 1: Murder on Balete Drive will have new, redrawn artwork throughout its pages, plus a bonus section with behind-the-scenes sketches that will give readers more insight into the world of the supernatural-crime fighting Alexandra Trese. Says Tan: “When we started Trese back in 2005, we did it for fun, because we wanted to tell stories about Philippine myth and folklore through the lens of a detective story. We photocopied 30 copies and sold it for less than a dollar. Most of copies ended up with friends. Thankfully, more people wanted to read our stories. So, we are extremely excited to have partnered up with ABLAZE and now have a chance to share with the world the wonders and mysteries of Philippine mythology to a new set of readers.”

“With Trese, we would like to contribute to the trillions of stories shared all over the world. Other talented Filipino artists and writers will be sharing their stories too as we slowly find more readers across the globe curious for tales set in the various seven thousand islands of The Philippines,” adds Baldisimo.

The Netflix series will have Jay Oliva—who has worked on Wonder Woman and Thor: Ragnarok—as executive producer and director. It will be set in a Manila where humans live alongside mythical creatures from Philippine folklore, and follow Alexandra Trese as she helps the police deal with a supernatural criminal underworld.

CONTINUE READING BELOW
Recommended Videos
More stories from Spot.ph
Your guide to thriving in
this strange new world.

Reads Graphic Novels Trese Netflix Filipino Authors Savvy Adventurous
Your Guide to Thriving in This Strange New World
Staying
In? What to watch, what to eat, and where to shop from home
OR
Heading
Out? What you need to know to stay safe when heading out