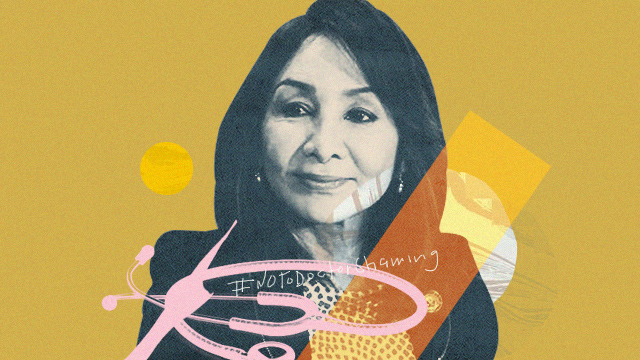 Twitter Hits Back With #NoToDoctorShaming After Governor's Harsh Words

It all started with the traditional practice of tuob, a.k.a. steam therapy.

(SPOT.ph) Cebu City has turned to the practice of tuob as a means to contain the spread of COVID-19. The provincial government issued a memo telling their employees to make time twice a day for the traditional method of steam therapy, a.k.a. inhaling water vapour infused with lemon, ginger or the like, as part of their "wellness program"—a move  that didn't make much sense to some, scientifically speaking.

After backlash from people online, Cebu Governor Gwendolyn Garcia addressed the matter on her daily updates through the Facebook page of DYLA Cebu Newsbreak on June 23. Unfortunately, her "addressing the matter" was really more just zeroing in on a single post written by a doctor criticizing the steam therapy memo.

Garcia alleged the doctor looks down on government leaders and told her to run for the next elections instead of criticizing them. The governor also called out the doctor's full name and medical background—all while screenshots of the doctor's pictures and account information were flashed onscreen. This isn't the first time our medical frontliners have been on the receiving end of backlash or even discrimination, but this is the first time it's come from a government official.

The actual effectivity of steam therapy against COVID-19 would be hard to prove, but Garcia believes the regimen could boost one's immune system, according to an Inquirer report.  While the debate on whether to tuob or not to tuob continues, another topic has united the Twitterverse: Don't shame our doctors. Garcia's response to the doctor's post has resulted in the birth of #NoToDoctorShaming, which is trending online as of writing. We round up some of the Internet's sentiments:

It certainly isn't a cure.

This can't be a productive use of anyone's time.

Imagine studying for years and then being shamed in one go.

Aside from better pay.

No doctor deserves this take-down.

"We are not your enemy."

Are we back in elementary school?

Adventurer Savvy Seasoned Cebu City Regional Twitter Trending New Normal Opinions
Your Guide to Thriving in This Strange New World
Staying
In? What to watch, what to eat, and where to shop from home
OR
Heading
Out? What you need to know to stay safe when heading out