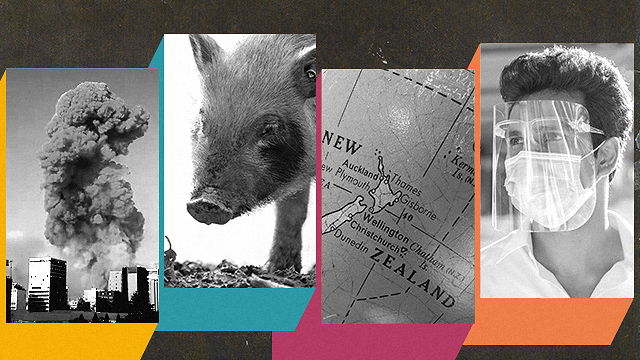 Catastrophic Explosion in Beirut, More Animals on the Loose + What Else Trended Today

The world mourns for Lebanon.

(SPOT.ph) With everything happening in the world this 2020, it's getting harder and harder to keep up. So before you get a headache while scrolling down your feed, we round up the most important news in the last 24 hours.

Here are the headlines you might have missed today, August 5:

The world woke up to news that a catastrophic explosion happened in Beirut on August 4, 6 p.m. (Lebanon time). Fire broke out near the city's port, which was immediately followed by a massive blast believed to come from more than 2,000 tons of ammonium nitrate that was stored for six years in one of the warehouses in the area. The death toll is at 100, according to Red Cross, as of writing; and from U.S. $3 billion to U.S. $5 billion worth of damage, according to Beirut governor Marwan Abboud.

New Zealand's new COVID-19 cases are from the Philippines

According to New Zealand's Ministry of Health, two new cases of COVID-19 are currently quarantined in the country's isolation facilities. Both individuals traveled from the Philippines via Hong Kong. The first case arrived on July 23, and was immediately quarantined in Rotorua. He tested positive around day 12 of his isolation. The second case arrived on August 1, and is in isolation in Auckland. She tested positive on day three. The country now has 24 active cases in isolation facilities. It's been 96 days since New Zealand last reported a locally transmitted case.

Cow and pig run loose in the city

After an ostrich was seen on the loose in a private subdivision in Quezon City on August 4, more animals have been spotted running around our roads today. A cow was caught on camera while wandering around Diversion Road in Iloilo City at around 3 p.m. On another island in the Visayas, a pig disrupted traffic along a busy flyover in Cebu City at around 9 a.m. We can't help wondering what's next.

News Roundup Adventurer Savvy Seasoned Philippines Beirut Lebanon
Your Guide to Thriving in This Strange New World
Staying
In? What to watch, what to eat, and where to shop from home
OR
Heading
Out? What you need to know to stay safe when heading out