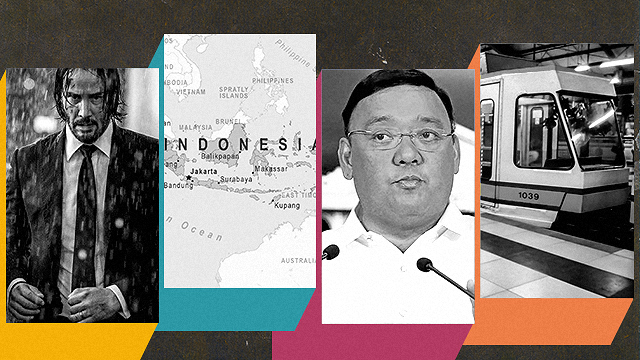 Roque Denies That PH Has Highest COVID-19 Cases in SEA, Roosevelt Station Closes in September + What Else Trended Today

We sum up what happened in the last 24 hours.

(SPOT.ph) Too tired to catch up on news? We round up what trended in the last 24 hours so you won't have to go down that rabbit hole.

Here are the headlines you might have missed today, August 7:

From September 5 to December 28, Light Rail Transit Line 1's will be temporarily closed to make way for the construction of the Unified Grand Central Station (a.k.a. Common Station) at the north end of the railyway. Don't worry though because the rest of the line—from Baclaran to Balintawak and vice versa—will remain fully operational.

A recent study in South Korea published in American Medical Association's JAMA Internal Medicine on August 7 revealed that people infected with the coronavirus carry comparable levels of the pathogen in their nose, throat, and lungs. This "offers biological plausibility" to reports that asymptomatic carriers can spread the virus.

Chinese village on lockdown after resident dies of bubonic plague

COVID-19 may be around for months now, but the bubonic plague was one of the world's deadliest pandemics that swept through continents for centuries. It's now curable by antibiotics, but several thousand cases are still reported annually. Today, a resident in a village in Inner Mongolia was reported to have died from bubonic plague, which pushed authorities to seal off Suji Xincun village to curb the spread of the disease. The whole district of Damao Banner is also on Level 3 alert for plague prevention until the end of 2020.

If you've been following Philippine Star on Twitter, you'd know that whoever handles their social media got sass—whether it's throwing shade on current issues or mixing things up with GIFs. But screencaps of the broadsheet's latest tweet went around today as proof that they're human, too. They mistakenly attached a photo of Willie Revillame to a news item about the International Space Station. It's the end of the week, and we totally understand.

Lionsgate confirmed that the production company is doing a back-to-back filming for the fourth and fifth installments of action movie series John Wick. Production is scheduled early in 2021, and release of John Wick: Chapter 4 is set for May 2022.

News Roundup Covid-19 Covid-19 News Lrt Quezon City Adventurer Savvy Seasoned News
Your Guide to Thriving in This Strange New World
Staying
In? What to watch, what to eat, and where to shop from home
OR
Heading
Out? What you need to know to stay safe when heading out