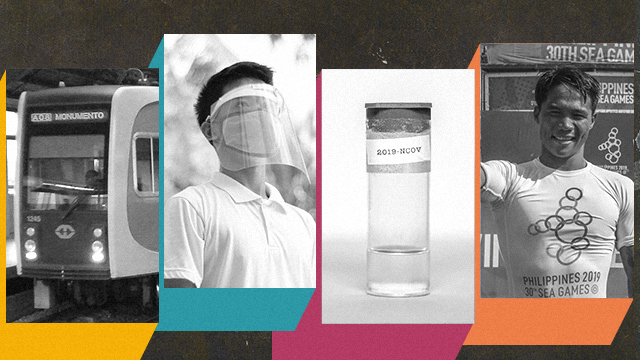 Travelers from the PH entering China now have to certify they're COVID-19 free, too.

(SPOT.ph) It's Wednesday hump day! Do the headlines have you down? We lay down the facts on today's news you need to know.

Here are the headlines you might have missed today, August 12:

As the great Michael Scott once said, "How the turntables..." Starting August 20, travelers from the Philippines must present a certification that they are negative for COVID-19 before they can board an aircaft flying to China, announced the embassy.

Face shields mandatory at the workplace

Adding to the recent announcement that face shields are required when on public transportation, Labor Secretary Silvestre Bello III announced today that they will be mandatory for employees in the workplace, too. The official circular from the Department of Trade and Industry is yet to be released but both directives will take effect starting Saturday, August 15.

Despite local and global criticism about the "pandora's box" that is Russia's vaccine for COVID-19—touted as the first in the world—Philippine officials are looking into joining the clinical trials. Dr. Jaime Montoya, chief of the Department of Science and Technology's Philippine Council for Health Research and Development, told CNN Philippines that there is interest to conduct Phase 3 of clinical trials locally. The decision will be up to their team and the Food and Drug Administration.

"We must look into the possibility of absorbing them as quickly as we can," said Transport Secretary Arthur Tugade about the 100 or so workers of the Light Rail Transit 1 that are set to lose their jobs. He called on the management of other train lines in the Metro—the Philippine National Railways, the Light Rail Transit Authority, and the Metro Rail Transit—to hire the laid-off personnel. With a 90% drop in ridership amid the quarantine, the job cuts were announced by the Light Rail Manila Corporation on August 11.

Remember Roger Casugay? He was the surfer who made headlines after rushing to aid a competitor during a meet in the 2019 Southeast Asian Games—and will soon be the first Filipino to ever receive the prestigious Pierre de Coubertin Act of Fair Play Award. Casugay will be given the award on October 27. It is reserved for an athlete or a team that does a great act of sportsmanship. Awarding is decided upon by the International Fair Play Committee.

This is what Presidential Spokesperson Harry Roque had to say about the glaringly large share of PhilHealth cash advances that went to the Southern Philippines Medical Center in Davao City. According to him, the Davao facility is the "biggest hospital facility in the country." It was reported yesterday that the Southern Philippines Medical Center received P326 million as part of PhilHealth's Interim Reimbursement Mechanism, a cash advancement project for the COVID-19 response. To compare, the next hospital with the largest cash advance was the University of the Philippines – Philippine General Hospital in Manila which got P263.3 million.

Adventurer Savvy Seasoned LRT-1 Light Rail Manila Transit Line 1 Philhealth News Roundup News
Your Guide to Thriving in This Strange New World
Staying
In? What to watch, what to eat, and where to shop from home
OR
Heading
Out? What you need to know to stay safe when heading out