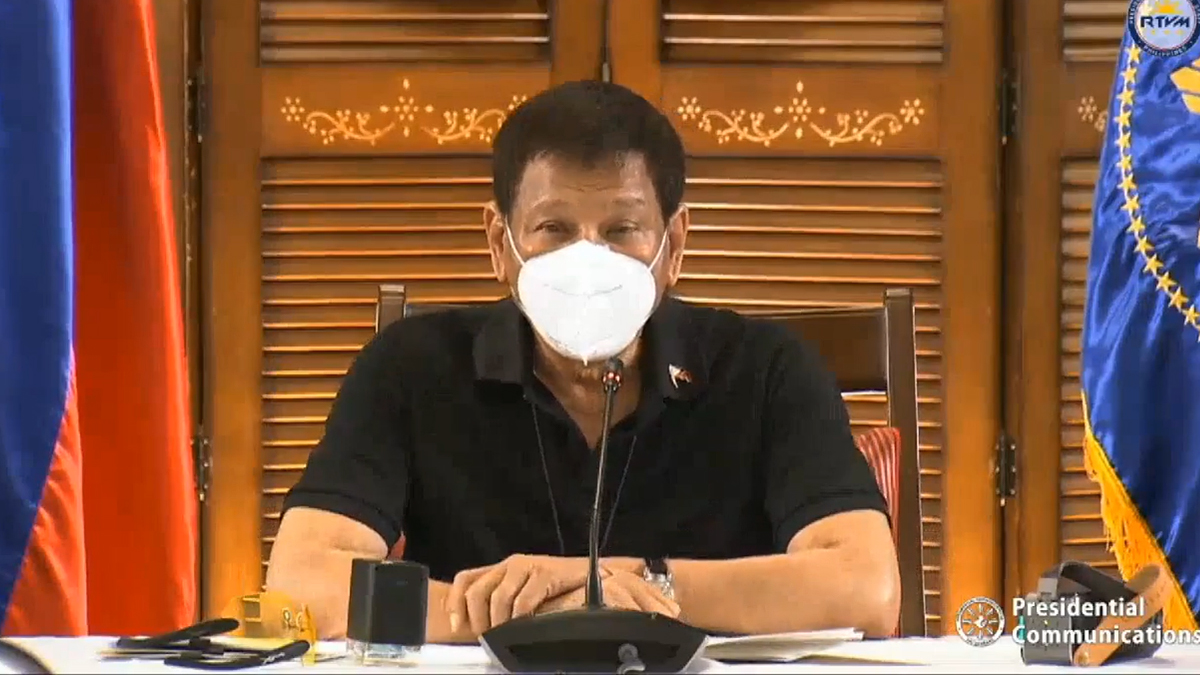 Can We Trust the Government With P140 Billion? Yes, Says the President

Duterte wants every centavo accounted for.

(SPOT.ph) "There's no magic wand," said President Rodrigo Duterte at the beginning of his recorded address to the nation, aired this morning, August 25. He was referring to the government's COVID-19 response, which has come under scrutiny in recent months. Vice President Leni Robredo had also asked the administration to tell the people their plan in a livestreamed address on August 24.

Initially scheduled for late Monday night, the airing of the president's recorded address to the nation about the government's COVID-19 response was postponed to today, August 25, due to the task force's meeting running late. It was aired at 9 a.m.

Duterte spoke about the ongoing probe on corruption in the Philippine Health Insurance Corp. "'Yong PhilHealth, dapat imbestigahan, dapat i-prosecute, dapat ikulong," he said. "One of the few things I can do in the two years left of my term is to prosecute."

Following the alleged corruption, all eyes are on the P140-billion national recovery bill, Bayanihan to Recover As One Act, a.k.a. Bayanihan 2. "Lahat ng pera na gastos dito ay maa-account. I hold myself responsible for answering for and in behalf of the Executive Department of all the funds spent in behalf of COVID," said the President. "Itong sa Bayanihan, I will impose stricter measures."

Duterte said that all departments, offices, personnel, and more under him, should be extra careful with spending the nation's money. "Lahat, [Department of Public Works and Highways], Agriculture, [Department of National Defense], they must prepare well in advance because I will require them to publish in a newspaper ang mga bibilhin."

"It is not illegal to know where your money is going. I urge Congress na ilagay na lahat ng safety measure para walang palpak," said Duterte nearing the end of his message. "I am demanding Congress to join us in putting up measures to ensure that the money is spent for its purpose."

The president also took the time to reply to the vice president's call for an actual plan in her address the day before. "Ito namang kay Leni and her statement, well sa panahon ng pandemic na desperado ang tao, dadagdagan niyo ng ganyan na wala naman kayong nagawa," said Duterte. "You will just add fuel to the fire. You will destroy the government." The vice president had laid out her suggestions for the administration's COVID-19 response in July.

Robredo, in her address, urged the government not to choose between economy and health for the plan to fight the pandemic. "Idinidiin ko: Hindi magkatunggali ang mga suliranin ng kalusugan at ekonomiya. Address the pandemic, and we set in motion the gears of the economy," she said.

Duterte Hard News Adventurer Savvy Seasoned Covid-19 Government
Your Guide to Thriving in This Strange New World
Staying
In? What to watch, what to eat, and where to shop from home
OR
Heading
Out? What you need to know to stay safe when heading out