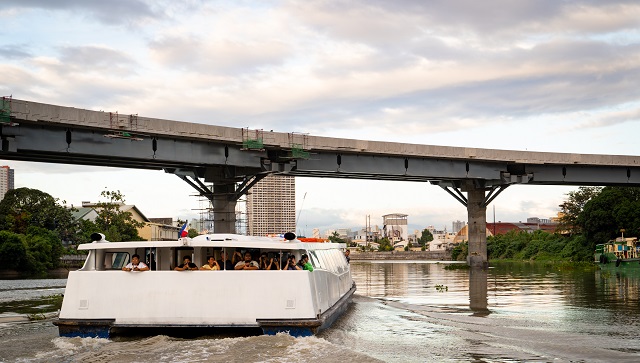 In the Works: A Six-Lane Elevated Expressway Crossing the "Entirety" of Pasig River

Here's what you need to know about the upcoming Pasig River Expressway.

(SPOT.ph) Traffic is a problem in Metro Manila—quarantine or not, it seems. But are more roads really the solution? The San Miguel Corporation has announced two big-ticket projects with the goal of boosting the economy and decongesting our roads: the South Luzon Expressway Tollroad 5, which will connect Quezon province and the Bicol region, and the Pasig River Expressway, which will "traverse" the historic river and connect eastern and western sides of Metro Manila. Both projects mean a combined P121.8 billion investment from San Miguel Corporation (SMC). The start of construction of the projects "is eyed as soon as all permits and clearances are obtained," according to a press statement.

The South Luzon Expressway Tollroad 5 (SLEX TR5) will take four years to complete while the Pasig River Expressway (PAREX) will take three years. Both were recently certified by the Toll Regulatory Board as toll roads. While no start date has been set yet, SMC is in talks with several bodies to get the ball rolling.

Here's what else you should know about the Pasig River Expressway:

While there is no word yet on how this new infrastructure will affect the river system, SMC chief Ramon Ang is optimistic. Once these projects are complete, "The pandemic would have been far behind us. Other major infrastructure projects would also be complete. Our Bulacan Airport project would also be complete. So imagine: within five years, the Philippines will be transformed, and be better than ever," he said in the statement.

Main image of Pasig River from Mark Jesalva/SPOT.ph archives; for illustrative purposes only

Adventurer Savvy Seasoned San Miguel Corporation City Life Pasig River Expressway Pasig River Hard News Infrastructure
Your Guide to Thriving in This Strange New World
Staying
In? What to watch, what to eat, and where to shop from home
OR
Heading
Out? What you need to know to stay safe when heading out