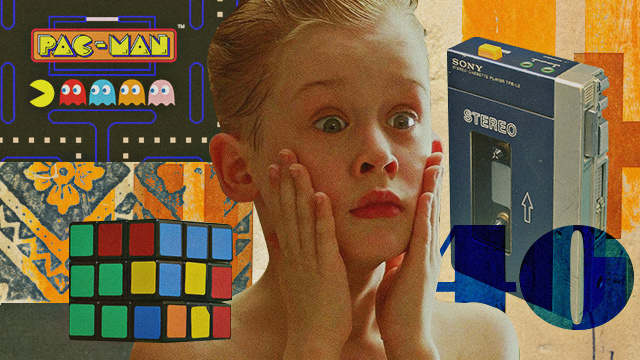 (SPOT.ph) 2020 threw us what's probably the worst curveball in our lives. Everything came to a grinding halt—businesses closed, streets are empty, and people are stuck at home. Things are at a standstill, except for time as things and people still get older. We've all pretty much wasted a whole year; and for those turning 40 this 2020, it's just another number added to their age.

Macaulay Culkin, who just celebrated his 40th birthday on August 26, also reminded us of how old we are—especially those who watched him star in the Home Alone trilogy from the '90s. "It's my gift to the world: I make people feel old. I'm no longer a kid, that's my job," he said in a tweet. The post has since earned more than one million likes.

Here are more things that have been around in the last four decades:

The Rubik's Cube, which Erno Rubik has been tinkering with since 1974, was officially launched in 1980. It was distributed by Ideal Toy Company.

3M's brand of sticky notes was first sold as "Post-Its" in 1979, but it wasn't until April 6, 1980, when it was rolled out across the United States. It was later launched in Canada and Europe.

Pac-Man was first released as a maze arcade game by Namco in 1980. Its premise is pretty easy: you control the yellow sphere, "eat" the dots along the way, and avoid four colored ghosts.

The Empire Strikes Back was released on May 21, 1980, as a sequel to
Episode IV: A New Hope (1977). It centers on the ongoing conflict between the Rebel Alliance and the Galactic Empire; and stars Harrison Ford, Mark Hamill, Carrie Fisher, and more.

Sony's brand of portable media player that uses cassette tapes called the Walkman was released in 1979, but it was officially distributed across America in 1980. Production officially stopped in 2010.

The Stanley Kubrick psychological horror film starring Jack Nicholson has been making people scream since May 23, 1980. Its cultural, historical, and aesthetic significance was affirmed in 2018 when it was included in the United States National Film Registry.

2020 Tpc-000001 Pandemic Macaulay Culkin Adventurer Savvy Seasoned Pop Culture
Your Guide to Thriving in This Strange New World
Staying
In? What to watch, what to eat, and where to shop from home
OR
Heading
Out? What you need to know to stay safe when heading out