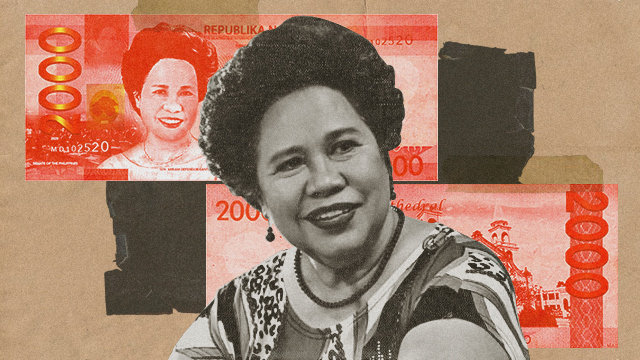 (SPOT.ph) Do you think it's about time we add a new face to the ones currently on our banknotes? One Iloilo City resident recently shared his design for a P2,000 bill with the image of the late senator Miriam Defensor Santiago—and it looks convincing! Michael Angelo Sarate shared his creation on Facebook after Rabiya Mateo, the 2020 Miss Philippines and Iloilo City representative, said she would place the image of the senator and fellow Ilongga on our currency if given the chance.

The cool design features multiple elements celebrating the Western Visayas region along with the senator and her legacy—along with several callbacks to the answer Mateo gave during the Q&A portion of the pageant on October 25. Red is the banknote's color because, as Mateo said, "Red is the color of a phenomenal woman, and red is power," according to Sarate's Facebook post. And as for the image of Santiago? Well, she is "the best President we never had," wrote Sarate, echoing Mateo.

Along with the senator's image on the banknote design concept's front, you can also spot the Quezon Service Cross, awarded to Santiago for her outstanding civilian service, awarded posthumously in 2018. She is the sole female awardee of the nation's highest recognition—and only one of six to receive the award since its creation in 1946. She also received the Ramon Magsaysay Award for Government Service, "for bold and moral leadership in cleaning up a graft-ridden government agency," as quoted by Sarate.

There is also the Jaro Cathedral in Iloilo City, "a witness of the love and devotion of the Ilonggos towards God," said Sarate, and a bloom of the Rafflesia speciosa species, endemic to Panay island.

Anyone else wonder what our banknotes would look like with other designs?