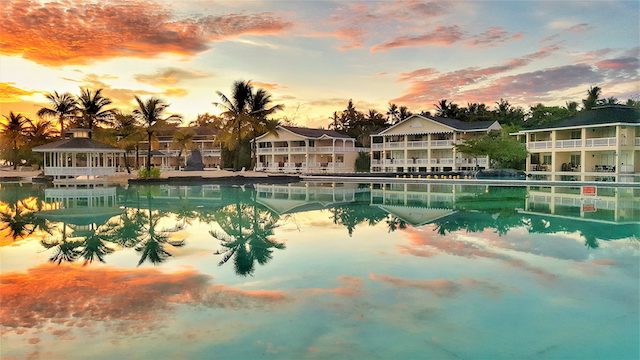 They are also coordinating with the Department of Justice.

(SPOT.ph) The Department of Tourism is conducting an Investigation on Plantation Bay Resort and Spa, a resort in Cebu that recently made headlines for a "resident shareholder's" response to a review posted online by the mother of a child with special needs.

According to a report by the Philippine News Agency, "The DOT [Department of Tourism] already launched an investigation on the matter. And after due notice and hearing, we will give the proper administrative sanctions to the resort," Tourism Secretary Bernadette Romulo-Puyat said in a press conference.

Romulo-Puyat added that DOT is coordinating with the Department of Justice in relation to the Disability Law. She says that the aggrieved party may also file a complaint.

The investigation comes after a user named "maipages" left a review on TripAdvisor on December 7, which detailed their "discriminating experience" at the resort. She was told off by the resort's lifeguards for their child being too loud. "Every time Fin jumps in the water he’d be so happy that he’d laugh and squeals again. I tried hushing him and at one point tried to cover his mouth. But then I realized this is so wrong? This isn’t right at all!" they wrote. They went on to say that their child has autism and "We need a friendly and empathetic environment for kids and families with special needs."

The resort's "Resident Shareholder," Manny Gonzalez, responded to the said user review using the account of general manager Efren Belarmino. The original response starts with Gonzalez questioning the child's diagnosis, saying, "Google 'Autism' and verify this for yourself. Therefore this parent is most likely deliberately lying, or has been given an incorrect diagnosis of autism," going so far as to say that the child's behavior is "due to simple parental neglect."

Gonzalez also explained that they have stricter rules on noise-making compared to other resorts. "As a result of our policy, no child in Plantation Bay has ever come to serious harm, much less drowned," and, "To demand that all the customers just shut up while one child screams his head off? That's not our idea of fairness."

The Autism Society Philippines has called on the management of resorts to conduct disability sensitivity training and review policies and procedures to ensure compliance with Republic Act 7277 or the Magna Carta for Persons with Disability.

Gonzalez issued a statement on the resort's Facebook page on December 8, acknowledging that he handled the case poorly. "I was wrong to question the mother's motives," adding that he regrets leaving an impression that the resort was not supportive of the special-needs community.

Summit News Adventurer Savvy Seasoned Plantation Bay Hard News Cebu Regional Heading Out
Your Guide to Thriving in This Strange New World
Staying
In? What to watch, what to eat, and where to shop from home
OR
Heading
Out? What you need to know to stay safe when heading out