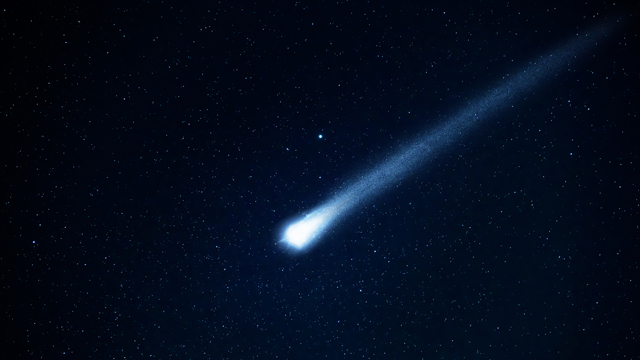 ICYMI: A Giant Fireball Fell from the Sky Over the Weekend

No, it's not aliens trying to take over.

(SPOT.ph) Meteor showers are fairly common; common enough that we see one at least once a month. For the optimists, it's the perfect opportunity to make a wish when we see a faint streak of light in the night sky. It's a lot to expect from a piece of debris that's really just burning up, but we need all the hope we can get especially with the year we've all had. On January 9 at around 8:30 p.m., a very bright meteor was spotted in the skies—we wonder if that also meant better chances of making our wishes come true.

The Philippine Astronomical Society estimated the direction of the fireball on Saturday based on sightings and images captured from Bulacan, Nueva Ecija, Antipolo, Batangas, and Bulacan. They said that it might have originated from the eastern seaboard of Polilio Island and traveled westward over Metro Manila.

Such brighter-than-usual meteors, a.k.a. fireballs or bolides, are seen when a bigger-than-usual meteoroid enter the atmosphere. Friction occurs at this stage, which is why the high-speed meteoroid burns up (and at this point, is called a meteor) and appears to be bursting in the sky. Based on data from National Aeronautics and Space Administration, a fireball is seen at least once or twice a month; and even bigger ones are seen once every two years. Otherwise, we have the smaller meteors completely disintegrating in the atmosphere and falling off the radar.

Fireballs were also seen across North Dakota and Minnesota on the evening of January 6; during mid-day in Canada on January 8; and in Abu Dhabi on Friday night.

Here are other shots and videos of the giant fireball seen across Metro Manila and nearby places on Saturday: